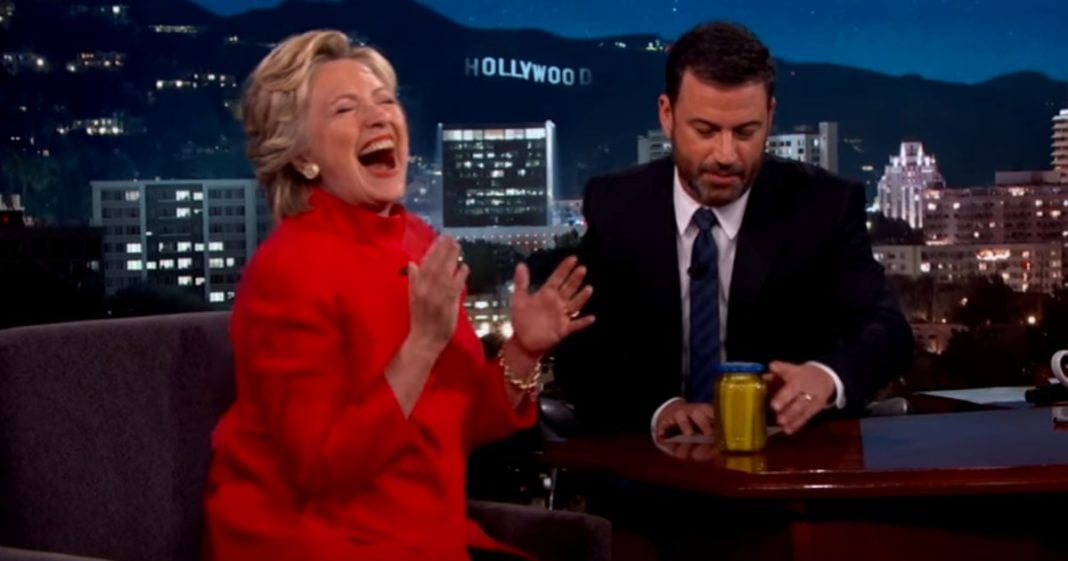 One of Hillary Clinton’s largest roadblocks in her route to the White House has been whether or not people can believe that she is a genuine person. Though they may seem a bit hokey to the political cynics, appearances on sketch comedy shows and late night television is one way in which political candidates can make themselves appear more approachable, trustworthy, and likable.

Though Clinton continues to dodge press conferences and hide from the media, her Monday night appearance on “Jimmy Kimmel Live” took some steps in the right direction toward “real, living person.”

Clinton fielded rumors about her health as Kimmel shared the latest conspiracy theory about her apparent journey to death’s door. Clinton offered to let Kimmel take her pulse as she responded to the question.

“Back in October, the National Enquirer said I’d be dead in six months. So, with every breath I take, I feel like it’s a new lease on life.”

Clinton expressed a bit of frustration about the continuing rumors concerning her health, saying that she would never try to build the same narrative of Trump.

The Democratic nominee then proved her ability to function as a living, breathing adult by opening a jar of pickles – which she did.