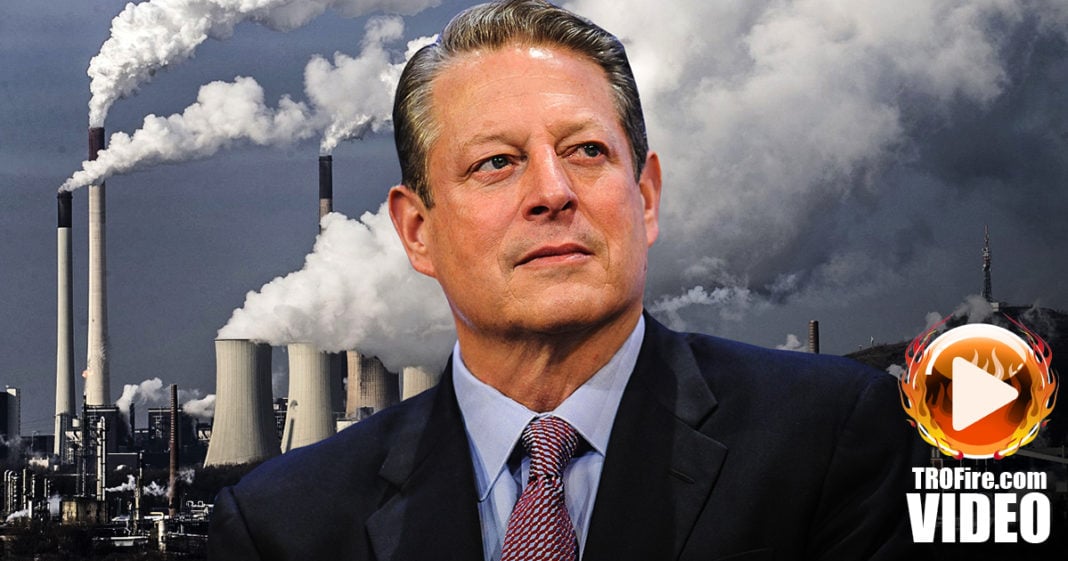 Al Gore understands just how dangerous 3rd party candidates can be in a tight election, but you can’t justify that by claiming the Democrats are any better on issues like climate change. There’s little indication that the Democrats currently in power – and the ones who could be in power in just a few months – have any real intentions of acting on climate change. Ring of Fire’s Farron Cousins discusses this.

During an interview with Joe Romm of ThinkProgress, former vice president and former presidential candidate Al Gore had some pretty harsh words for people considering voting for a third party candidate this year. Al Gore said that if you care about the environment, you cannot vote for a third party candidate. As Al Gore puts it, that is essentially throwing your vote away, could help Donald Trump, a climate change denier, make it to the White House. Believe me, Al Gore knows just how dangerous third party candidates can be. 2016 is not the year 2000. We’re not looking at a presidential race that’s within a couple decimal points of a percentage apart. Hillary Clinton’s winning by ten points right now. I don’t think there’s any danger of idiot Donald Trump catching up to her.

If people want to vote for a third party, even if it was a close race, that’s their right. What Al Gore’s statement means is even more intense than that. Al Gore is saying that the democratic party is the only party that’s going to take care of the environment. As someone who has spent many, many years writing about the environment, researching it, I’m going to go ahead and call bullshit on that, Al. I respect and appreciate all of the work that you have done, but you cannot deny that the Democratic Party the last seven-and-a-half years of President Obama have been a disaster for the environment.

We have domestic oil drilling at all-time highs, hydraulic fracturing, all-time highs, environmental disasters, all-high times, climate change related disasters every week. How has President Obama, a Democrat, done anything to make things better? Now, you might say that the Clean Power Rule is a huge step forward, is great for the environment, and that is true. It is. What a lot of people don’t realize is that one month after the Clean Power Plant Rule came into effect, the Obama administration leased tens of thousands of acres of new coal mines in this country. The combined potential carbon output of those new coal leases would completely negate all of the gains made under the Clean Power Rule.

That one, one environmental achievement of the Obama administration was negated by the Obama administration one month later. If you want to vote for a third party, vote for a third party. Don’t be scared into thinking that the Democrats are going to be so much better than the Republicans on issues like the environment or even foreign policy at this point. The Democrats have had almost eight years to do something about climate change and they have done absolutely nothing. Let’s keep in mind that for several of those years, at least two out of eight, so twenty-five percent of the time, they controlled both the White House, the House and the Senate, still did nothing.

That tells you something right there. Hillary Clinton being funded by fossil fuel lobbyists appointing all these pro-fracking, pro-TPP, pro-Keystone XL people to her transition team is terrifying. She will be worse for the environment than Obama but yeah, obviously better than climate change denying Donald Trump. Who suffers as a result? The entire planet. No, I don’t buy into this scaremongering about the environment saying that the Democrats are the only party who are going to do something about it because history has proven without a doubt that the Democrats are just as useless on climate change as the Republicans.