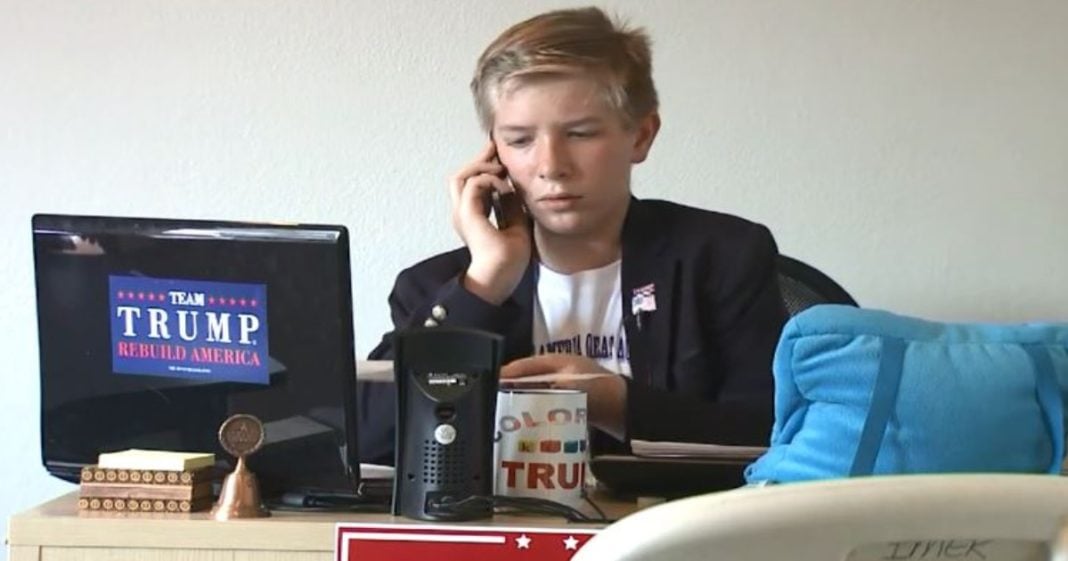 In a campaign fit for a petulant child, an actual child is heading up one of Donald Trump’s most important campaign offices in Colorado, and no one seems to think there’s anything wrong!

We knew that Trump didn’t really give a damn about his outreach team as he one-by-one eliminated experienced campaigners from his leadership crew, but allowing a 12-year-old to run his campaign office? That seems a bit too far, even for The Donald.

12-Year-Old Weston Imer is apparently very happy to represent Trump in his great state. Under the supervision of mom Laurel who officially runs the office, young Weston is given free reign to run the show.

Colorado is a swing state, and the county young Imer runs is a key factor in whether or not the state could swing red in November. But still, a kid runs the office. Because why not?

And don’t worry about the Imer tyke, when Trump loses in November he’s got a pretty decent exit strategy.

I don’t know about you, but I will certainly be watching for Imer in 2040, and my bet is that he will choose his helicopter mom as his running-mate rather than the Trump spawn.