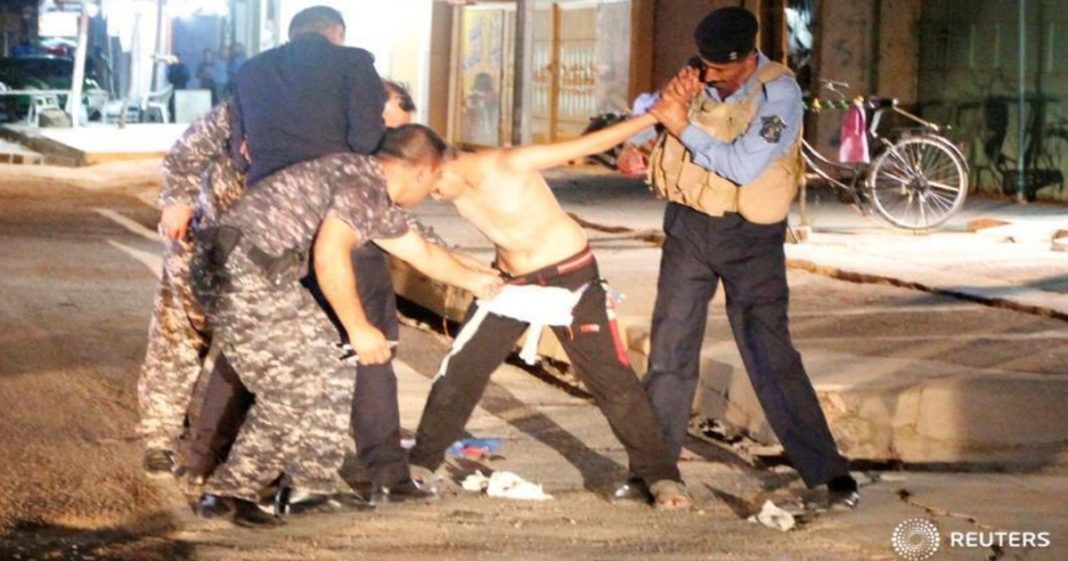 A young teen Iraqi boy was on a holy mission for terrorist group ISIS when he was stopped by Iraqi security officers and forcibly separated from the suicide vest he was wearing.

The boy was wearing an oversized sports jersey to hide the bulk of the large bomb, heading to his destination, a Shia mosque nearby.

Police carefully stripped the bomb from the child’s body and he was taken into custody for interrogation.

The boy sobbed as he told police later that he was kidnapped and forced to wear the bomb. His discovery comes less than 24 hours after another child suicide bomber succeeded in killing 51 at a Turkish wedding party.