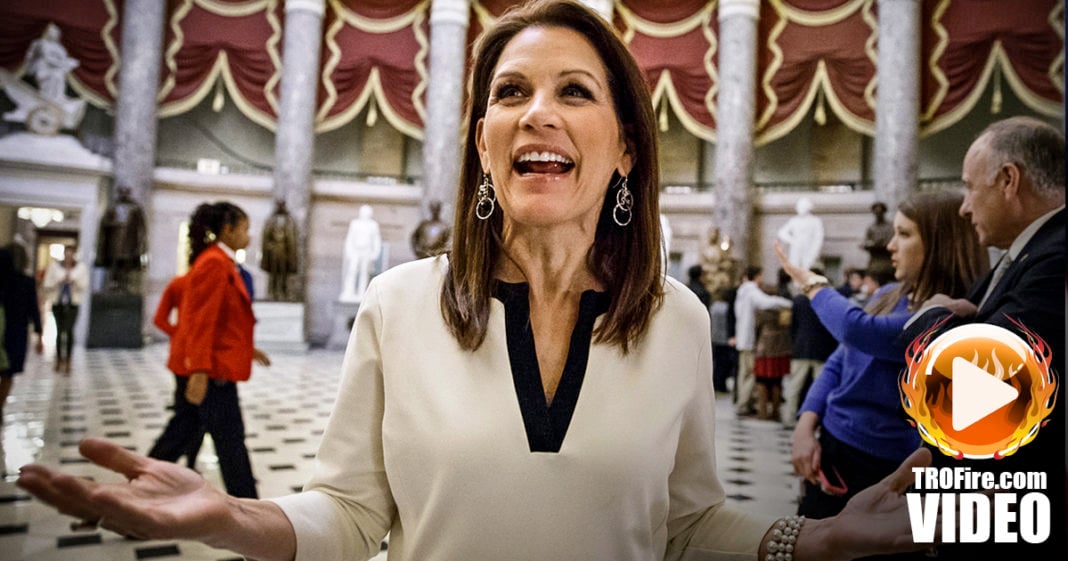 Michele Bachmann, one of the most unhinged people to ever run for President in the pre-Trump era of American politics, is now using her lack of understanding on the issue to teach Donald Trump about foreign policy. God help us all. Ring of Fire’s Farron Cousins discusses this.

I know the big question on everybody’s minds recently, throughout this entire presidential primary and presidential campaign season, has been, “Where in the hell is Michele Bachmann?” Well, worry not. We got our answer this past weekend when Bachmann told us that she is actually advising Donald Trump on foreign policy issues. Specifically, Bachmann says that she really, really likes Donald Trump’s “1950s sensibilities and his 1950s common sense.”

Now, I don’t know about you, but one thing that I like about life is that it moves forward, not backwards. I don’t think too many people are pining for the good old-fashioned days of the 1940s or 1950s. We like moving forward. We like evolving as a species. In fact, that’s about the only way you can survive as a species, is to continuously evolve. Not if you’re Michele Bachmann, not if you’re Donald Trump, and certainly not if you’re a member of the Republican party. They always like to look back to the past and say, “Look how great things used to be. Let’s go in reverse.”

Even more than that, Michele Bachmann advising anyone on foreign policy issues is absolutely terrifying. This woman is a hardcore, right-wing Christian fanatic who believes that any non-Christian is the enemy. That includes Jewish people, Muslims, Buddhists, atheists. If you are not a Christian, in the eyes of Michele Bachmann, you’re not a good person, and she’s not above taking you out if she were in a position to authorize the use of military force.