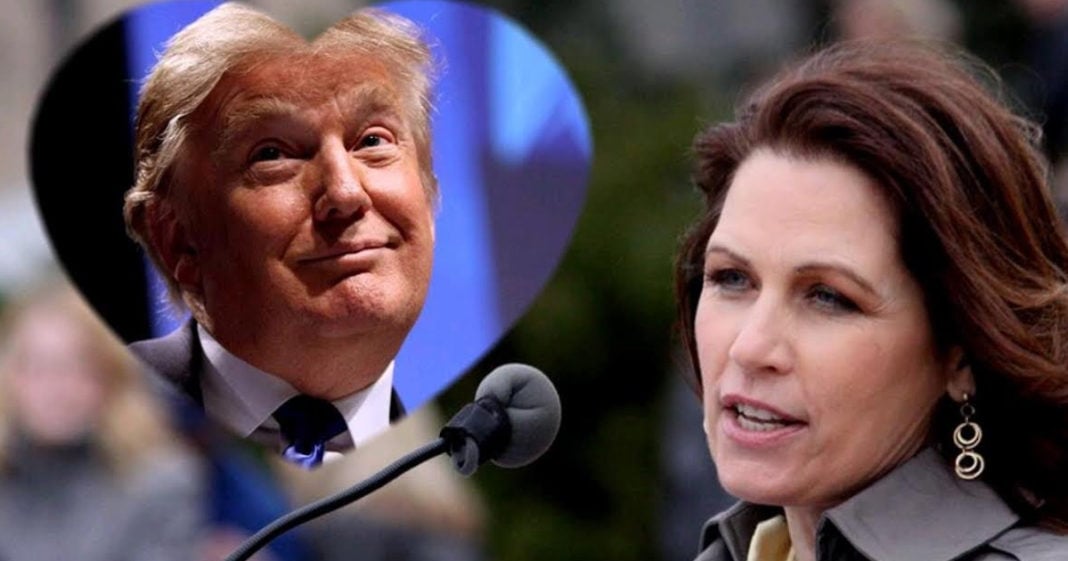 Adding yet another feckless mouth-breather to his long list of failed adversaries-turned-ally, Donald Trump has apparently brought on failed presidential candidate Michele Bachmann to advise him on issues of foreign policy.

According to Former Rep. Bachmann, the Republican nominee had been leaning on her expert advice when it comes to issues of foreign policy, but we’re going to guess that the extent of that is Bachmann nodding in fervent agreement whenever Trump declares that the U.S. will “build that wall.”

The Tea Party affiliate also said that she was sure to remind the candidate about issues most important to conservative Christians (i.e. no abortions, y’all).

We’re not sure if Bachmann is attempting a bit of ill-conceived coattail-riding, or if Trump really has sought her council, but either way, it is not a positive reflection on the campaign. Having a nutso like Bachmann anywhere near the possible next president is a worrying idea.