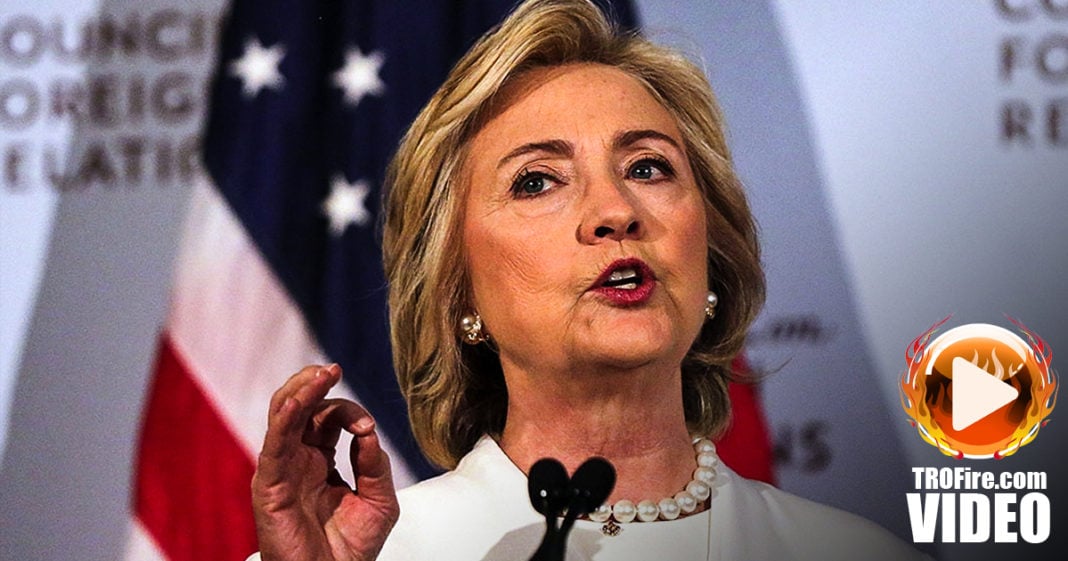 In what should come as little surprise to anyone, Hillary Clinton has packed her transition team with moderate, corporatist Democratic leaders, a clear signal that she’s already abandoning her progressive promises from just a few weeks ago. Ring of Fire’s Farron Cousins discusses this.

Just a few weeks ago during her acceptance speech at the Democratic National Convention, Hillary Clinton was sounding like a true progressive. Hitting all the right talking points, health care, environment, wages, everything that progressives care about. The question is, were those just talking points or is she actually going to do something about those issues?

Unfortunately, as we’re starting to see from the Clinton administration it looks like those really were just talking points. Case in point, her transition team led by Ken Salazar, the former secretary of the interior, that selection of Salazar to head up that transition team for when the Clinton team moves into the White House shows that she is still going to be a very corporatist Democrat, a coportist ruler and everything is going to be to the benefit of corporations, people be damned.

Ken Salazar has been pushing for the TPP. Hillary Clinton’s own running mate Tim Kane actually pushed for the fast track of the TPP. Salazar is pro-fracking, he was pro-Keystone XL. Every horrible environmental thing pro-off shore drilling, Ken Salazar supports it. He thinks we need to have more drilling, more destruction of the environment to the benefit of only the fossil fuel companies. This increased drilling, the Keystone XL Pipeline, more fracking, more drilling, that does nothing for the American public, absolutely nothing. Because that energy doesn’t stay here, and even if it did it would only lower prices by a few cents per gallon. Not worth it at all when you consider the fact that the earth is warming up at alarming rates.

That is the person that Hillary Clinton has put in charge of her organization. On top of that, we have John Podesta, formerly with the Democratic Leadership Council which was a very center right Democratic organization, very very extremely hawkish on their foreign policy issues, Salazar was also part of that. That’s what we’re seeing here. She’s picking these former DLC leaders to push her organization, her campaign, her potential presidency further to the right. Do you know why? Because she can. She shouldn’t, but she can. She is running against the easiest to beat candidate in political history. It would take a true moron to lose a campaign against Donald Trump and Hilary knows that. She knows that she can go further and further and further to the right and it is not going to affect her poll numbers whatsoever.

The Bernie Sanders supporters have already left so she’s not even pretending that she gives a shit about them anymore. She’s just moving further to the right because instead of trying to attract the true progressive Democrats back to the party, no. She wants the Republicans to come over to the party. The Democratic party cannot continue to act as Republican light. You know, all the Republican flavor with just a little less filling. That doesn’t work. The Democratic party is supposed to care about the environment, they’re supposed to care about American jobs. They’re supposed to care about decent wages and health care and things like that. But this transition team that Hillary Clinton is put in place shows that a Hillary Clinton presidency would probably be absolutely no different than the George W. Bush presidency.