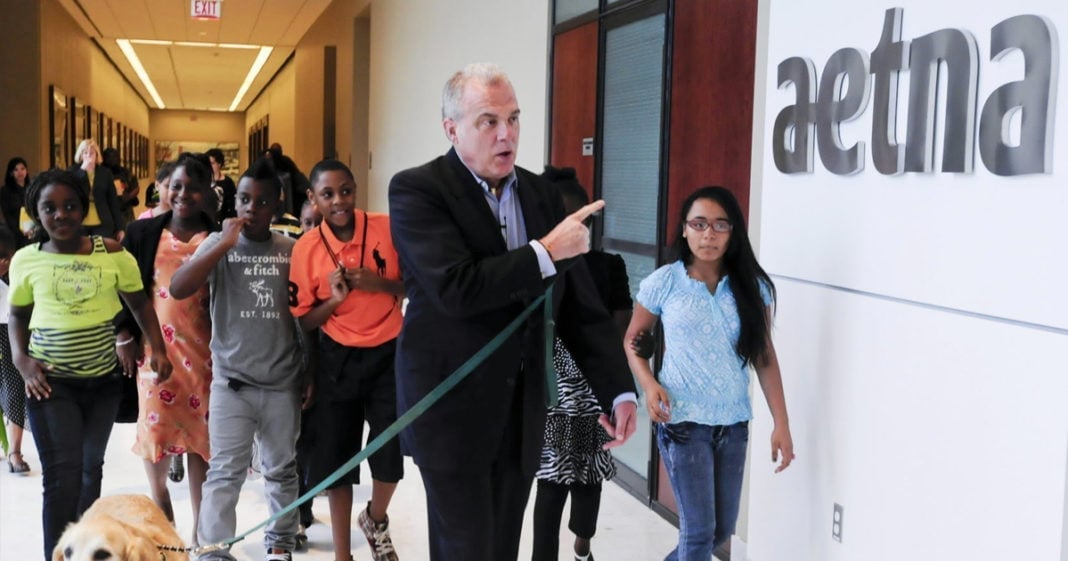 Aetna – which is the nation’s third largest health insurance company joined United Healthcare and Humana in scaling back from the Obamacare state exchanges -when they announced on Monday that they would be withdrawing from 11 state health insurance exchanges. That same day – the Department of Justice blocked Aetna’s request to merge with Humana – which seemed like more than a coincidence. And it was Huffington Post reporters that uncovered a letter from July in which Aetna’s CEO Mark Bertolini basically threatened the Justice Department, writing: “We believe it is very likely that we would need to leave the public exchange business entirely and plan for additional business efficiencies should our deal ultimately be blocked.” Isn’t this another argument for why we need to take the profit motive out of health care and offer a public option? Isn’t this another aspect of the commons – like fire insurance and health care – that a government accountable to the people should manage? Gianno Caldwell, Siobhan “Sam” Bennett, & Scott Greer all join Thom Hartmann to discuss this.