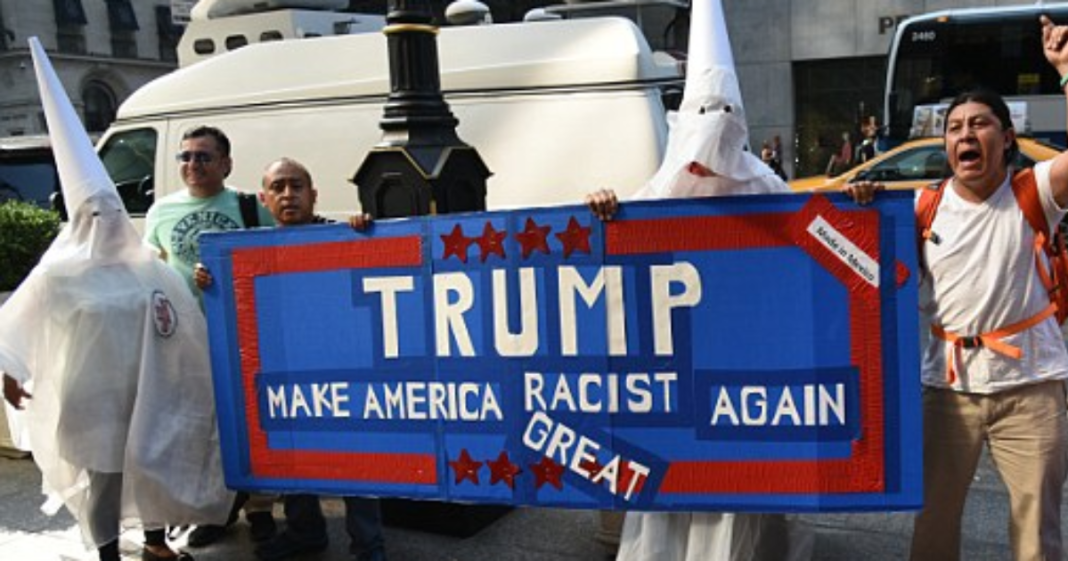 During a campaign event, Donald Trump took an opportunity to try to turn around his abysmal minority favorability by speaking directly to the African American community. Predictably, what he had to say wasn’t exactly the rallying cry for unity.

Instead, Trump told a nation of black Americans that their lives were the worst of the worst – which is why they should vote Trump. Literally, the man asked them, “What do you have to lose?”

“Tonight, I’m asking for the vote of every single African-American citizen in this country who wants to see a better future. What do you have to lose by trying something new, like Trump?”

With only two percent support among black Americans nation-wide, it appears all too clear that they know what they have to lose, but Trump’s tone-deaf plea didn’t stop there.

“You’re living in your poverty, your schools are no good, you have no jobs, 58 percent of your youth is unemployed — what the hell do you have to lose?”

Ah, yes, that is why Trump is sitting at 2 percent approval rate with minorities. They only have their dignity and lives to lose.

Trump in Michigan to African-American voters: “What do you have to lose by trying something new, like Trump?” https://t.co/uQXDx4hCTJ