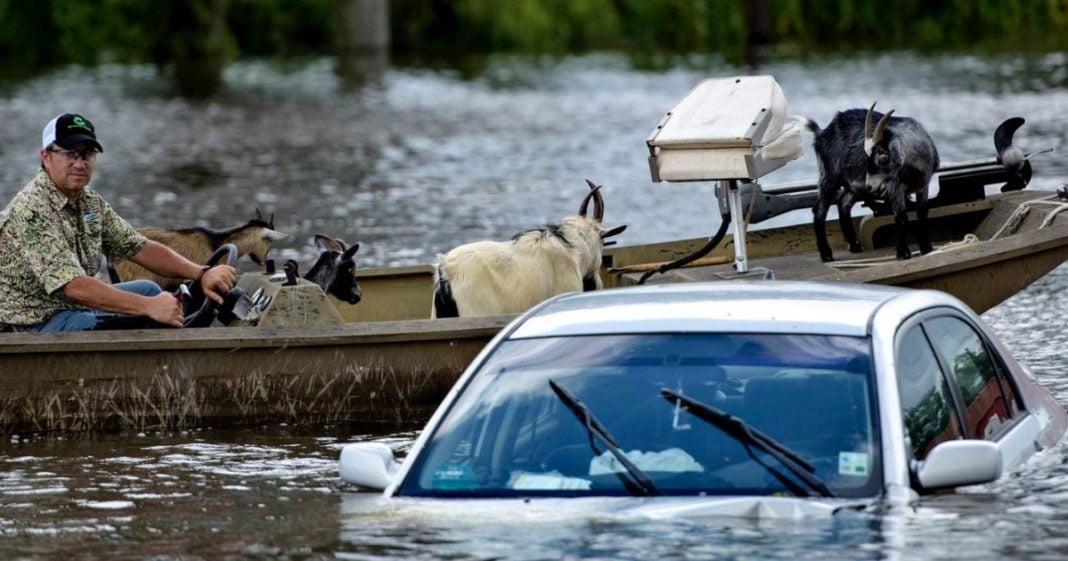 Taking the opportunity to make more than a few jabs at President Obama, Republican nominee Donald Trump descended on flood-stricken Louisiana for some self-serving photo-ops on Friday afternoon.

Though many anti-Obama Americans have criticized the president for not vising the site of the most recent natural disaster, the Louisiana Governor John Bel Edwards himself spoke to the president, asking that he wait some time before he visits so that the state could focus on providing relief.

“Quite frankly, that is something I don’t want to go through right now. While the president is welcome to visit, I’d rather he give us another week or two. And then he can visit.”

The governor also made a similar appeal to the Republican nominee upon hearing that he planned to visit with Vice Presidential candidate Mike Pence, but the Republican ticket chose to ignore the wishes of the state’s leadership.

“Donald Trump hasn’t called the governor to inform him of his visit. We welcome him to LA, but not for a photo-op.”

Rather than showing up and disturbing the recovery process, Gov. Edwards requested that Trump volunteer or make a donation to the LA Flood Relief Fund, but considering what we know about Trump’s less-than-charitable record, we doubt he will be interested in any of that.

Trump may make sarcastic jokes about how he’s not playing golf, hur hur, but the reality is that he is once again making a nuisance of himself at the expense of others.