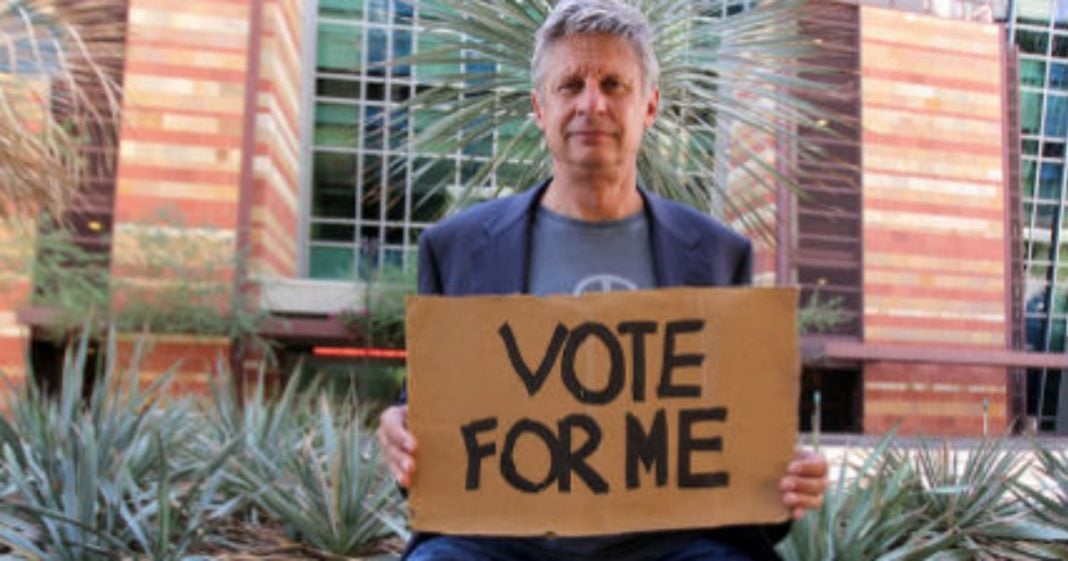 Like him or not, the success of Gary Johnson in the 2016 race has been nothing short of impressive as the zany, long-shot candidate has garnered much more support than anyone could have anticipated.

Though he still hovers somewhere below the 15% debate threshold, Johnson is winning in some key areas, at least when faced against Republican nominee Donald Trump.

According to a new poll, among voters under the age of 35, Johnson is currently leading Trump in the state of Colorado. In fact, Colorado seems to be extremely Johnson-friendly as 16 percent of the voters in the state support the Libertarian candidate overall.

Though we must try to avoid oversimplifying, it’s easy to believe that the reason Johnson enjoys so much support in the state is for one key reason: both Colorado and Gary Johnson are big fans of weed. Just recently, Johnson bragged on network television that he hadn’t smoked weed in several weeks, an apparent anomaly for the candidate, worthy of mentioning. The 4/20-friendly state was bound to approve of the most weed-loving candidate on the ballot, and their support shows.

Unfortunately for Johnson, the ballot in Colorado does not currently include the Libertarian nominee, though the campaign is working to get his name added. If done in time, Johnson could steal a sizable chunk of support from both main party candidates, though evidence shows that he will hurt Trump the most.