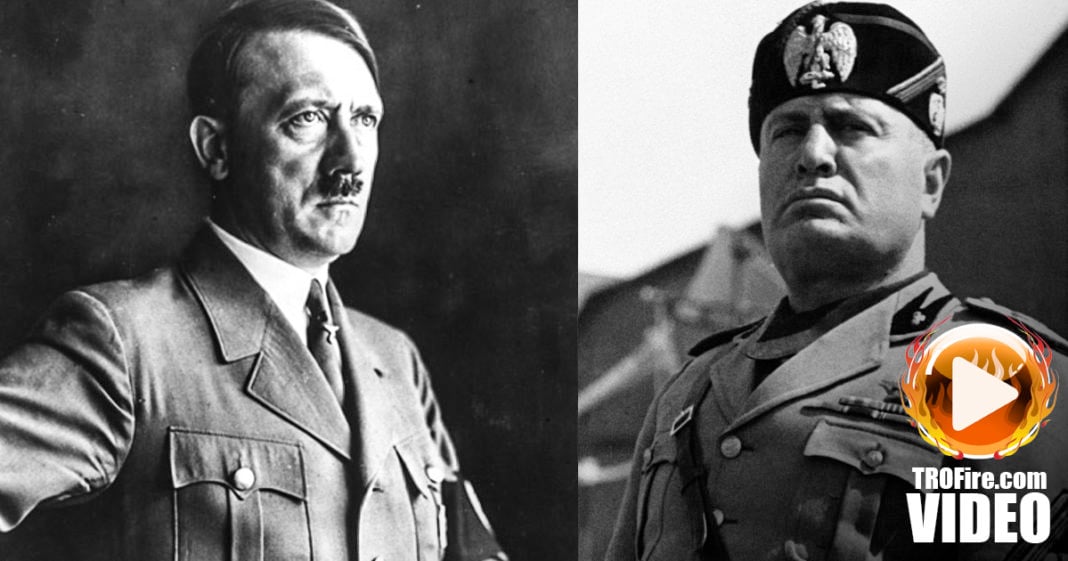 #AskROF: We hear words like Fascism and Authoritarian being thrown around a lot these days, but what exactly do they mean?  And are we headed towards this with our candidate choices this year? Ring of Fire’s Farron Cousins answers this.

What that is is when you have a leader, typically a dictator type figure. This is what emerged in Italy following the First World War. You have someone who comes in with these very strong nationalistic, patriotism, things of that nature saying, “We are the best. We can be better. I will make us better.”

That is what an authoritarian does. They take power, but not just the power that they’re given. They take all other powers as well. That’s when it slowly begins to develop into fascism where dissent is not tolerated, dissenters are punished and you live essentially under complete rule of this authoritarian figure.

Now, another thing that these authoritarian figures do is that they tell you that you have problems in your life, but don’t worry. They’re not your fault. This is exactly what Adolf Hitler did. He said, “All of your problems … ”

Donald Trump is doing this too, “All of your problems are from this person or this group of people or people who look like this or talk like this. They are the problem. Put me in power, I will get rid of the problem and your life will be so much better.”

Authoritarianism manipulates fear. It creates fear that shouldn’t otherwise exist. It’s built upon lies. As we continue to see Donald Trump getting out there in front of cameras and say all of these horrible things that he’s saying, it is clear that he is 100% an authoritarian leader or at least he’d like to be. It’s up to the American public whether or not he gets to be.