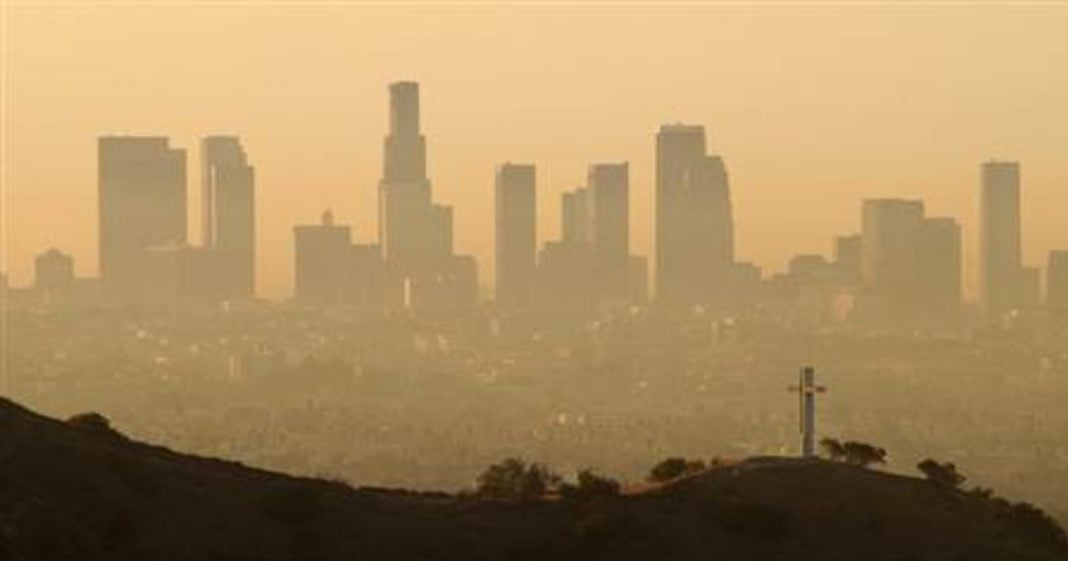 Thanks to our contributions to climate change, the world is becoming increasingly hostile toward human life, manifesting itself in disastrous natural events like floods and droughts, as well as sinking shorelines and toxic clouds of smog hover over populated cities.

In Southern California, residents who have already suffered the ill-effects of drought for years are now facing an onslaught from the very air they breath as toxic clouds of smog have sent many to the hospital with respiratory issues.

The southern region of the coastal state reports a record number of smog-filled days. According to reports, June provided only 4 days of clear and healthy air along four South California counties. Then in July, every day’s air violated Federal standards except for the 31st.

These record numbers of ill-fated air means that more residents than ever are flocking to hospitals and asthma centers with respiratory issues directly caused by the polluted air. Studies show that polluted air is directly responsible for increased diagnoses of asthma, a costly health epidemic which costs the livelihood – and sometimes the lives – of children and adults.

Hospitals in the area noted a 10 to 15% increase in emergency room visits in a time of year when sickness should be at a low.

Our abuse of the planet does not just hurt polar bears in the arctic, it has and will continue to have a deadly effect on humanity. The earth will survive what we have done to it, but unless something drastic is done to reverse the effects of climate change, we will not live to see a restored earth.