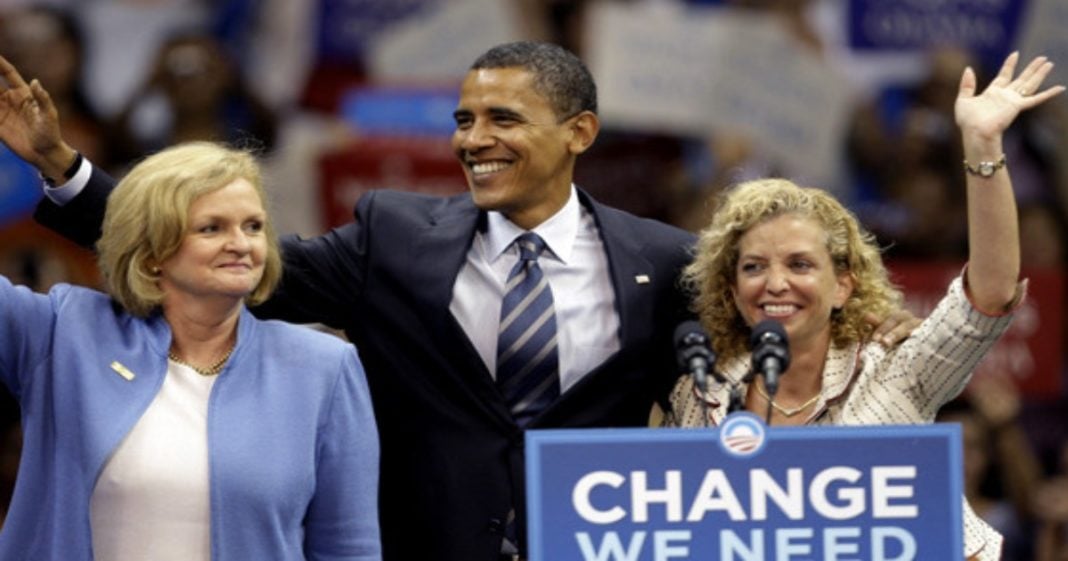 Ever since the DNC leaks, establishment Democrats seemed to have settled on a new enemy next to Donald Trump and the Republican party: Russia.

Everywhere you turn, you will find another 3rd Wave, by-the-book Democrat war-mongering about Russia’s involvement in the election. Folks like Claire McCaskill and Debbie Wasserman Schultz are eager to point vindictive fingers at Russia in order to turn voters against the Republican candidate and offer some sympathy for their DNC hack, but they seem to forget that there is more at stake than one simple election, and that the damage they do to Russian-American relations will not disappear on November 6th.

The Democrat’s gripe with Russia comes from two angles:

First, that Donald Trump seems to have a kind of childlike admiration for Vladamir Putin, Russia’s strong-arming demagogue. While this cozy relationship should make anyone nervous, Democrats have seized on this event to attack and threaten the entire Russian nation. Senator Claire McCaskill did as much when she commented that Trump and Putin are the founders of ISIS, a response to Trump’s comment of the same calibre about president Obama. Whether there is evidence in her claim or not, McCaskill seemed completely unconcerned about what damage her comment may have done to relations between the U.S. and Russia.

Second, Because of Trump’s cozy relations with Russia, the DNC found it convenient to use the nation as a scapegoat to try to remove some of the heat from voters when thousands of their emails were leaked last month. Rather than focusing on the damning content of the emails, Democratic officials tried to create the fear-mongering narrative that big bad Russia had invaded the party. The party hoped that this would distract voters from the corruption from within the party, and to some degree they were successful. Even president Obama suggested that “anything is possible” when asked if the Russians were involved in the hack while former DNC chair Debbie Wasserman Schultz continues to maintain that it was a Russian hack, stating as much during her hour-long debate with congressional candidate Tim Canova last weekend.

But what has served as a convenient scapegoat could come back to bite the entire nation, and the party’s liberal misuse of two superpower’s tenuous relationship threatens all of us.

This is the war-hawk behavior we expect of the Republican party, but as we have seen a rightward shift in the Democratic party recent years, I suppose it should be no surprise that Democrats are playing fast and loose with another cold war-era conflict.