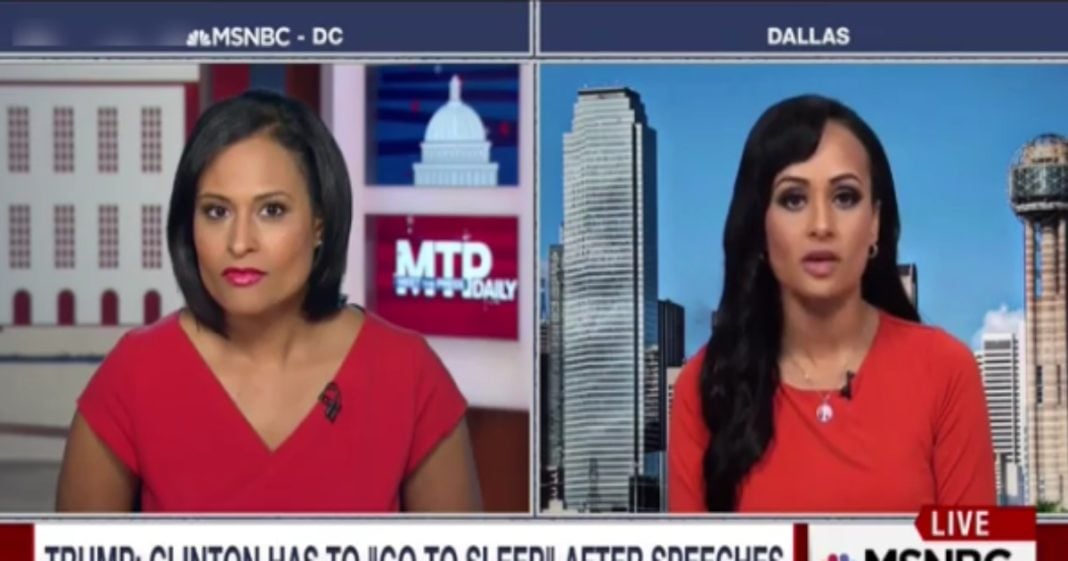 Trump Spokeswoman Katrina Pierson is likely to be the next staffer forced to tender her resignation as she has once again caused quite a ruckus on corporate news.

Pierson, who has stumbled quite a bit these last few weeks while trying to defend Donald Trump, went a bit too far on Thursday and accused the Democratic nominee of having an undisclosed brain disease.

This is only the most recent element to the preposterous narrative created by Fox News idiots and Trump surrogates as they have tried to build the case against Clinton based on her medical health.

During the interview, Pierson was asked by MSNBC’s Kristen Welker about the conspiracy theory element of the Trump campaign concerning Clinton’s health. Rather than offering a smoothing-over platitude as most careful political operatives might, Pierson doubled down and said that Clinton suffers from Dysphasia, a serious brain disease.

“What’s new are the other reports of the observations of Hillary Clinton’s behavior and mannerisms, specifically with what you just showed in those previous clips, as well as her dysphagia, the fact that she’s fallen, she has had a concussion.”

The reporter denied the claim, refuting that she had fallen as well as refuting the recent comments from Trump that Clinton has taken a lot of time off of the campaign trail.