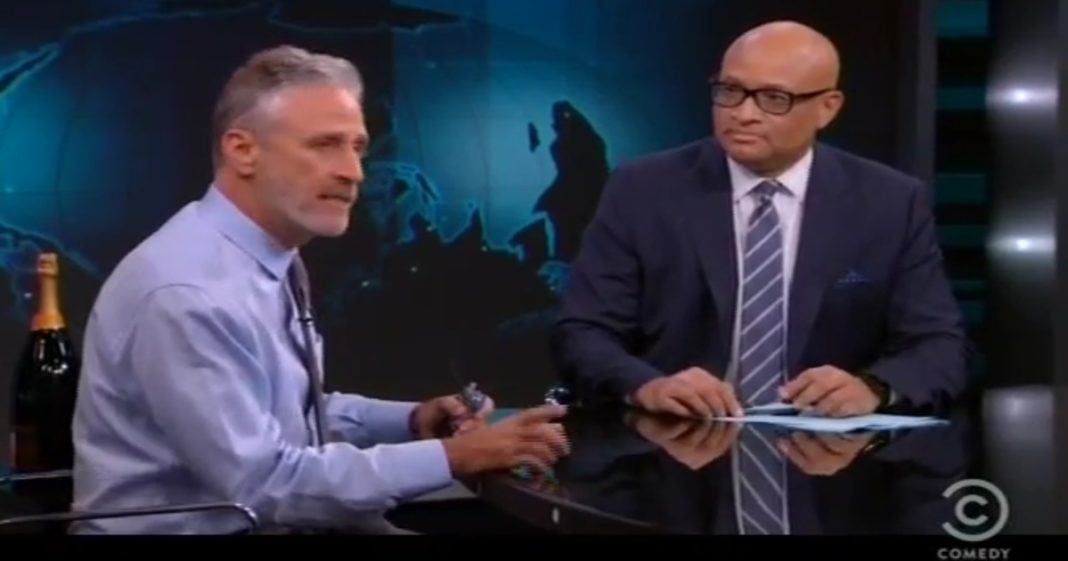 When the news was announced that “The Nightly Show” was to air its final episode on Thursday evening, the response was mixed, but the show’s cast seemed determined to make the best of their remaining time.

For better or for worse, the “The Nightly Show” offered a sight rarely seen on television: a minority cast focused on minority issues. Unfortunately for host Larry Wilmore and the rest of the diverse crew, their most viral moment was one which drew scorn rather than admiration when a panel of correspondents seemingly mocked science and the need for space exploration.

On the final episode, Wilmore’s “Daily Show” predecessor Jon Stewart made an appearance to offer his encouragements to the crew and remind them that cancellation is not necessarily failure.

“Did you resonate with an audience? I would say– not only that, but in an important way — but in a way that you don’t even realize yet and won’t reveal itself for years to come — and it’s this… you started a conversation that was not on television when you began. And you worked with a group of people who you invited to that conversation to collaborate with you, to sharpen that conversation, and what you don’t realize is, you walk out of this room and that conversation doesn’t end.”