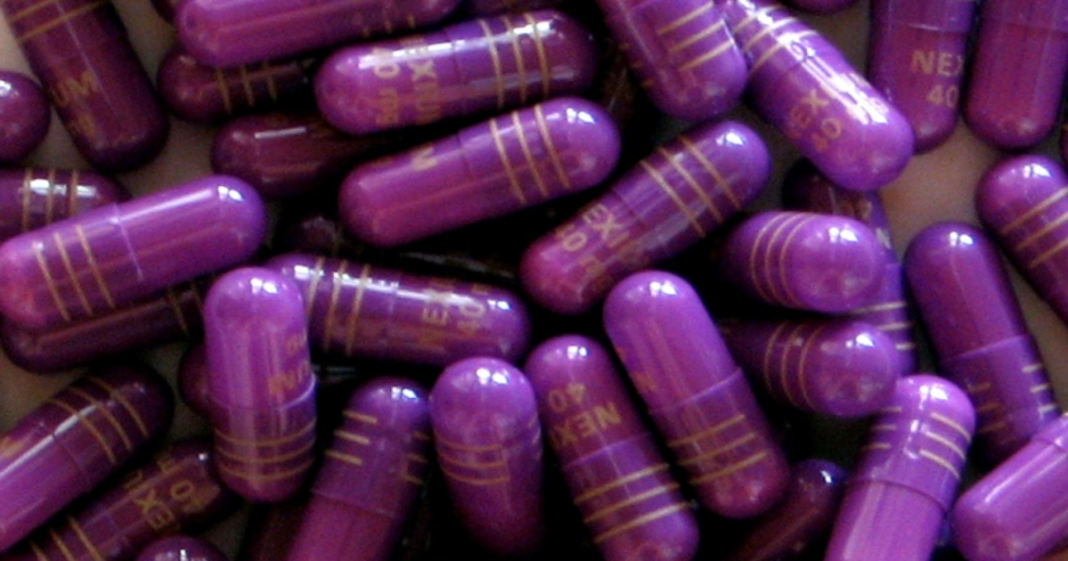 An estimated 15 million Americans are currently taking drugs like Nexium which work to control heartburn, indigestion, and acid reflux. Unfortunately, those who turn to Nexium and other Proton-pump inhibitors will need to proceed much more cautiously as studies have confirmed that taking these drugs increase the chance of kidney problems – and even kidney failure – by as much as fifty percent. America’s Lawyer, Mike Papantonio, talks about these side effects with attorney Neil Overholtz.

Find out more about Nexium and Prilosec litigation here.

Mike: Millions of Americans take a proton-pump inhibitor every day in the form of Nexium and Prilosec, but what most of these people don’t know is that these drugs come with some dangerous side effects. Joining me now to talk about these side effects is attorney Neil Overholtz.

Neil, again, it’s just amazing to me … I remember an era when we were doing a pharmaceutical story maybe once every six months. Now there’s a new pharmaceutical that we’re hearing is killing people, or it’s crippling people in one form or another. This new case that you and your partners are working on right now is very scary. Nexium, that purple pill, tell me about how is this developed into such a big medical issue?

Neil: Mike, you’re right. The scariness and what people described maybe a decade ago, over a decade ago, was potential catastrophic consequences may have happened because the company that makes these proton-pump inhibitors, AstraZeneca, didn’t do anything about it. It’s very scary. You’re talking about a drug, Nexium, that is the most prescribed drug in the United States, most used drug, in 2014 alone it accounted for fifteen percent of all prescriptions nationwide. The scary consequence is kidney disease. Kidney disease is one of the most devastating diseases facing America’s health system.

Mike: Let me stop you right here, you’ve got a proton-pump inhibitor that’s used for esophageal reflux, acid reflux symptoms, that first of all if you look at the numbers and you look at what the literature that’s coming out on it says, only about twenty-five percent, only a twenty-five percent of the people who are using this actually need it.

Mike: This is another one of those stories you go what in the hell was the FDA doing? Where was the FDA in all of this?

Neil: It’s the mystery of all mysteries for a drug that is this widely prescribed, for a class of drugs that came into the market over twenty-five years ago, for this to have been brushed under the carpet for so many years, is truly amazing. I’ve reviewed the FDA review papers when these drugs were approved and sent to market. There’s not a discussion of the renal problem. Mike, where was the FDA? You and I both know in doing this as part of how we make a living, is that these companies have the responsibility to bring these issues to the FDA, and to bring them to doctors. They were being told by doctors as early as 1992 and continued for the next decade, we think we see a problem here. This kidney disease that we’re seeing in our patients, this is a kidney disease that is caused by drugs. It’s not a different type of kidney disease. This is a specific type of kidney disease that is drug related, and they knew about it.

Mike: In other words, Neil, as you see … This is something you specialize in just like do, we see sometimes real patterns. In this pattern, they can actually see the kidney disease in the biopsy. They can tell this is a kidney disease that’s directly related to proton-pump inhibitors. There’s term called pathognomonic, I don’t think this is quite pathognomonic, which is to say there is one sign and one sign only, but this is a pretty strong sign of evidence when they can do pathology and then ask the patient did you take Nexium, did you take Prilosec, let’s talk about your history a little bit here.

Neil: You’re right, Mike. The pathognomonic is something like in the fen-phen diet drugs where a pathologist at the Mayo Clinic looked at the pathology on these patient’s heart valves and says this is unique. This is unique to that diet drug and we have a real problem, and blew the lid wide open on that litigation that a lot of people are familiar with. Here you have pathologists in the ’90s and early 2000s saying I’m seeing acute interstitial nephritis, a really serious damage to the kidneys that’s drug related. You got to say which drug was it? What drug were they taking? The studies that have looked at this most recently, and one of the studies that looked at a series of cases at major hospitals as far back as 2004, said we can determine based on their medical records of these patients that are being reported, what drug did they start before this drug reaction happened? They were convinced and wrote it in peer reviewed medical literature that we are convinced it’s these proton-pump inhibitors, like Prilosec and Nexium, that are causing this problem.

Mike: Neil, I think I know the answer to it because both you and I have always had to work these cases and we always see a dysfunctional, I would go as far as saying almost a useless FDA, but the FDA knows about this information. They’re getting it directly from the doctor. I’m reading the same material, all I got to do is read this material that’s coming out from doctors every week. It’s saying this stuff has the ability to cause kidney disease. It can shut down the kidneys. They’ve been talking about for years that it causes hypomagnesemia, which is where it rids your system of magnesium, which you need, which in effect causes bone fractures, it causes heart disease, it causes blood test abnormalities, it causes liver toxicity. Why is it that right now, as you described in your review of this case, they’ve been looking at it for years but still all you got to do is go to the store and buy it, and there’s no warnings on those packages at all?

Neil: The FDA, as you know Mike, can’t require a company to do a study. When these doctors come forward with a review of a few cases in their hospital and say look, we can look at the slides of the kidney tissue. We know that there’s a drug problem here, you should do a study. That’s what these doctors were telling the companies, and the medical community back in the ’90s and early 2000s said you should do a study. The first time we ever saw a true epidemiological study, to show an increase risk of either a immediate kidney injury or causing chronic kidney disease that leads to dialysis and even death, was in 2014. It wasn’t until 2014 that anything about kidney disease related to these drugs was even added to the labeling of these products.

Mike: You say the same thing to people that I do and that is go see your doctor about it, but don’t take this stuff anymore. Most of the people who take it don’t even have classic acid reflux, and then they take the drug and then they develop acid reflux after they stop taking it.

Neil: It’s a really big problem, Mike. You can go to the store like I did last night and buy a box of Prilosec over the counter. You get the pills because you’re having heartburn. We know so much more about what causes gastric reflux disease, and we know that it’s mostly caused by bacteria today, and antibiotics may be the right therapy as opposed to another drug, but you buy this at the store, the only information you get is on the box. There’s no write up, there’s no information, there’s no doctor to tell you about what the risk may be. It’s a really big problem. People, if they’re having gastric reflux problem, they need to go see their doctor and find out the real root cause of that problem, and not just assume because of some fancy commercials, the purple pill and purple boxes at the store in the big displays, that they can treat their gastric reflux, their heartburn, with a purple pill. They need to go talk to their doctor.

Mike: Neil Overholtz, I’m glad you’re working on this case. You got great years of experience, you’ve got great history of great results. I’m hoping you’ll get to the bottom of this. We will certainly help you do that. Thanks for joining me, okay?

Neil: Thank you Mike. Appreciate it.

Find out more about Nexium and Prilosec health risks at DrugSafetyNews.com.