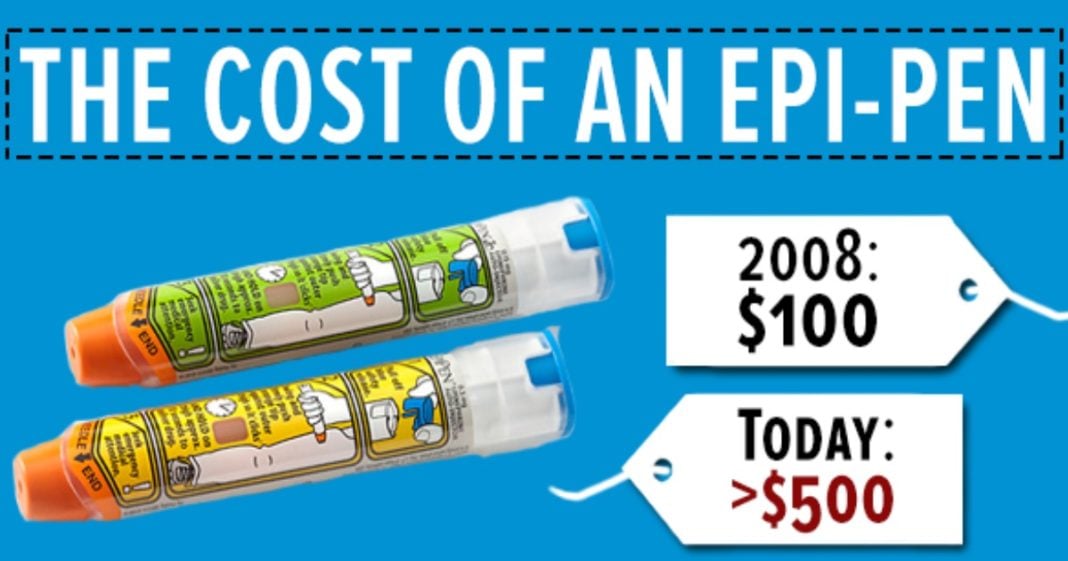 Though we are all too keenly aware, Big Pharma is a grotesque monster of greed, focusing on little more than profit and putting the health and well-being of American citizens at stake.

On Thursday, Senator Bernie Sanders posted on his public Facebook account about a particularly greedy and egregious sin by Big Pharma – hiking the price of life-saving EpiPens by more than 500% in 8 years.

The senator noted invaluably that the company which owns the EpiPen, Mylan, could have only on motivation for raising the price of such a low-cost drug so drastically: pure greed.

“The drug industry’s greed knows no bounds. There’s no reason an EpiPen, which costs Mylan just a few dollars to make, should cost families hundreds of dollars. The only explanation for Mylan raising the price by almost six times since 2008 is that the company values profits more than the lives of millions of Americans.”

American media skewered playboy Martin Shkreli for hiking a rare HIV drug 5000% percent, but for this low-cost life-saving decide important to so many American families, we hear almost no outrage, no concern.

Except from Senator Sanders.