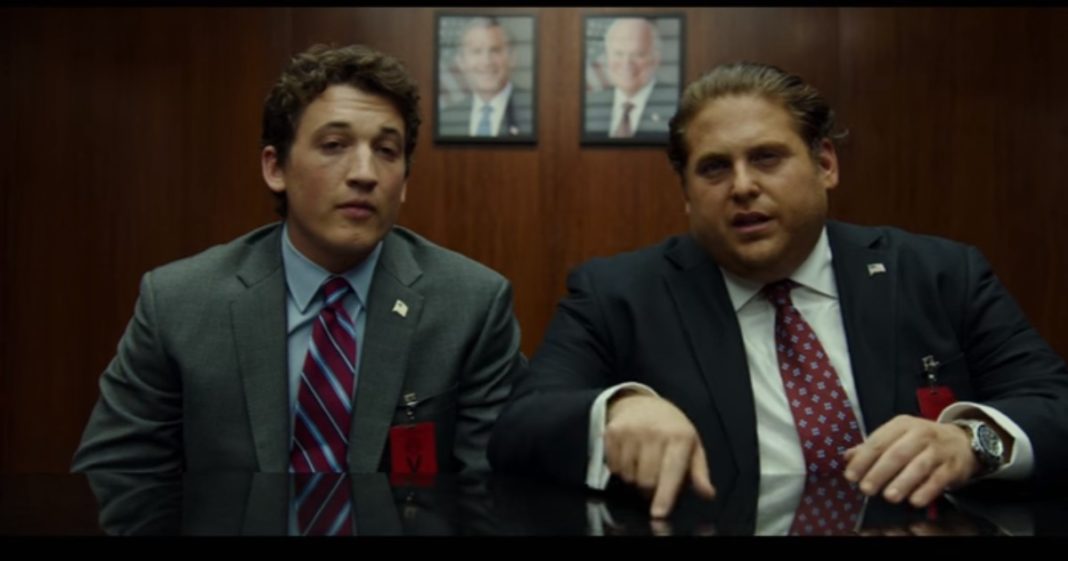 A new film from director Todd Phillips, “War Dogs,” is set to premier nationwide this week, and will seek to paint the picture of a Bush, Cheney-era America.

Starring Jonah Hill and Miles Teller, the film tells the true-to-life story of David Packouz and Efraim Diveroli, a couple of con men who snuck their way into the deepest rungs of the U.S. government.

Their success hinged on the complete incompetence and desperation of the Bush administration in 2005 when the two men discovered that the U.S. government was desperate to get their hands on any and all weaponry possible, and they didn’t particularly care where they came from.

So the two men bought up as many contracts as they could, stealing them out from under larger contract companies and fulfilling the orders with outdated and inferior arms purchased online from all over the world.

It was a complete and total sh*tshow that failed both our nation and our military, but they got away with it for quite some time because our government lacked the oversight in their all-out sprint toward war and “liberation.”

I won’t spoil the ending for you as I have yet to see the whole thing myself, but rest assured that we will see the fingerprints of the Bush and Cheney administration all over this film.

You can read a full review of the film at Salon.