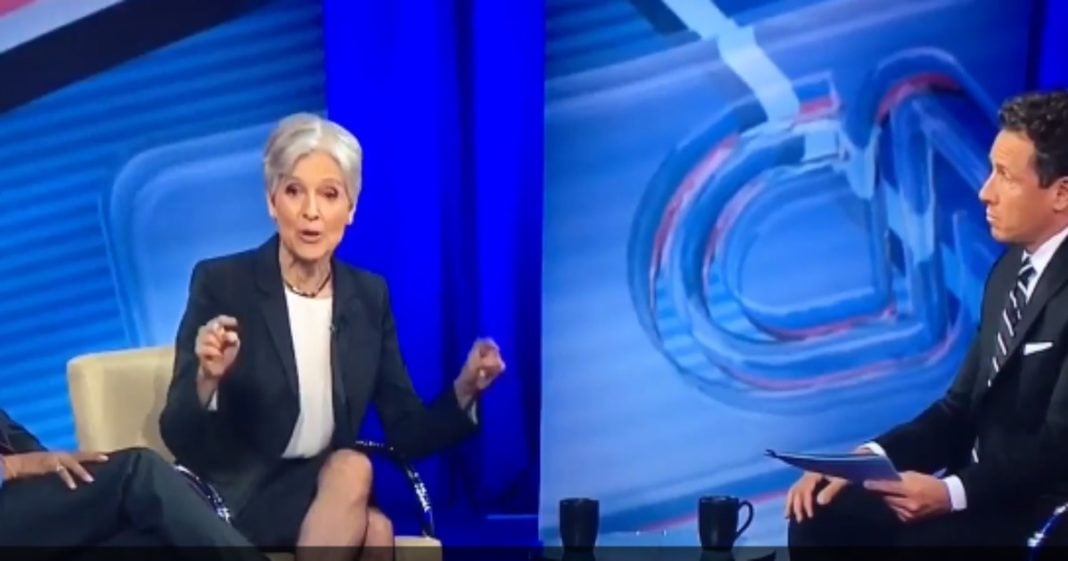 When regular American citizens get into discussion about whether or not our military budget should be expanded or reduced, the common mental image is of brave troops, fighting in foreign lands for American freedom. But the reality is actually vastly different.

Each year, 16 percent of the U.S. budget is spent on military operations, at home and abroad. That is a significant chunk of the budget which Republicans are constantly trying to increase, and Democrats are too afraid to reduce.

Because of skillful rhetoric by the right, trying to reduce military budgets create an automatic anti-American image for the majority of voters. Because of this, every year, the reaches of the U.S. military grows and grows, virtually unchecked.

So what’s the big deal, you may ask. Interestingly enough, Green party candidate Jill Stein answered that during her special Town Hall event on CNN on Wednesday evening when she pointed out a shocking number that the average American is woefully undereducated on:

The United States has about 800 military bases abroad (Stein says 700 or more, but Politico confirmed it was around 800), while the rest of the modern world only has about 30 combined! Bases are rampant in Italy and other parts of Europe, as well as the Philippines, Japan, Africa, Iraq, Honduras, and many, many more.

So why don’t we hear about these numbers more often? Maybe because the Right-wing arm of our government, as well as the pro-war Democrat branch, doesn’t want you thinking too much about the veritable empire that our nation presides over?

We thank Jill Stein for bringing this ridiculous fact to our attention.

No. I didn’t know US had > 700 military bases & rest of world 30 combined. Why we need real debates #GreenTownHall pic.twitter.com/Q8VcIrrxO0