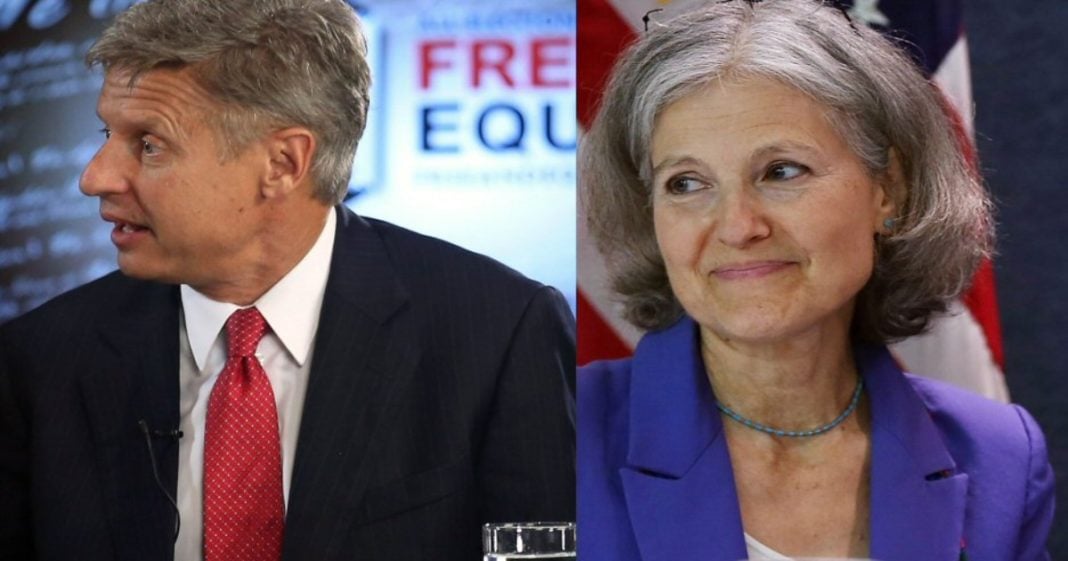 The Independent crowd is understandably disappointed with the establishment today as a joint lawsuit between Libertarian Gary Johnson and Green Party Jill Stein has fell through.

The two alleged that the non-profit organization which manages the presidential debates violated the First Amendment as well as Antitrust laws by barring the two candidates from participating in the debate.

Current rules say that a candidate must be polling at or above 15 percent nation-wide in at least five polls in order to gain access to the debate stage, a similar rule to the primary debates (though with lower percentages).

While Johnson has come close to this benchmark number, Stein has not come anywhere close, giving further motivation for the debate committee to deny their requests.

“The only way of winning is to actually be in the presidential debates” said Johnson during a recent interview.

The two say they intend to keep fighting and eventually hope to take the national stage to tell the American people about the alternatives to the lesser of two evils.