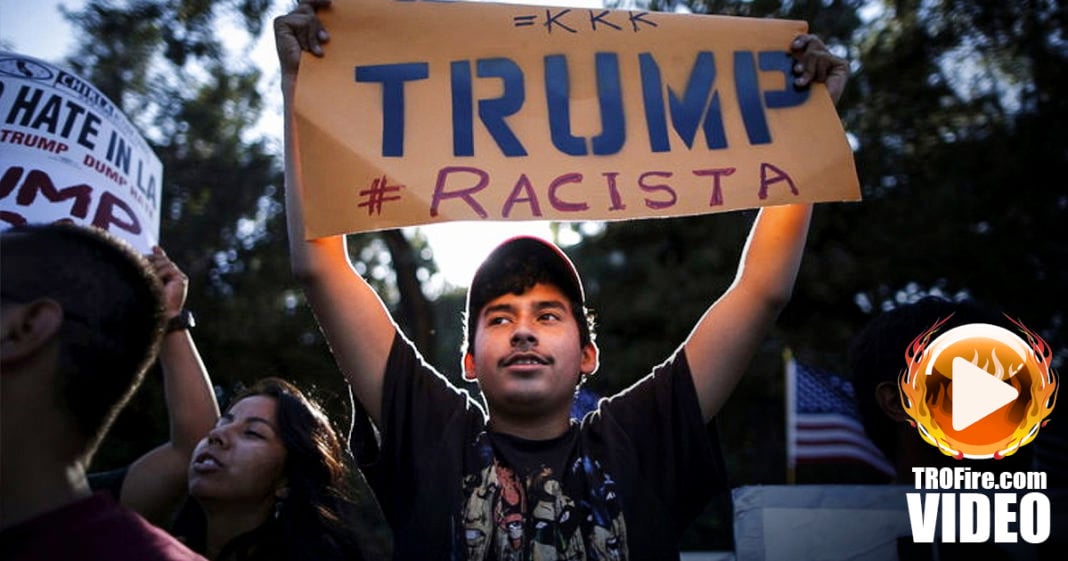 The Republican Party has a diversity problem – a problem that is only being made worse by Trump’s constant race-baiting.  But don’t worry, the RNC thinks that a single new ad will completely solve their problems with Hispanic voters. Ring of Fire’s Farron Cousins discusses this.

After the 2012 election when Mitt Romney was absolutely stomped by President Obama, the Republican Party decided to take a look at themselves and find out where they went wrong with that election. Well, their determination in their little Republican autopsy report was that they have a very severe problem with Hispanics and people of color. They’re perceived as a party of not caring about those voters, those people, those American citizens. That’s what the Republican Party itself concluded. Here, we have their 2016 presidential candidate, Donald Trump, who openly bashes Hispanics and people of color.

Well, the Republican Party is taking their own advice from 2012 now, and they have decided to release a series of ads in both Spanish and English featuring the RNC Hispanic Outreach Director telling voters, “Hey, it’s okay to support Donald Trump if you’re Hispanic because he’s going to do good things.” Now, if you want to convince an entire portion of this population that Donald Trump has alienated over the last 15 months, one or two ads isn’t going to cut it.

In fact, the only thing that would really do it, is to say that you do not support this man, you do not stand by what he says when he calls Hispanic immigrants rapists and murderers. You can’t just put a happy, smiling Hispanic on camera and have them say, “Don’t worry. It’s okay. We can vote for Donald Trump.” That doesn’t do it. That doesn’t solve the problems, and it doesn’t change what Donald Trump has said and what he believes. You can’t convince these people to vote for a man who wants to build a wall so that their friends and family cannot even enter this country by any means.

Donald Trump is a racist, and that is a fact. There are enough documented statements of stupid things that he’s said that will prove that. The RNC, bless them, they think they know what they’re doing with Hispanic voters, but I’m promising you it’s not going to work. In fact, right now I think one of the only Hispanic voters out there that actually supports Donald Trump is Marco Rubio, who still says that he disagrees with everything that Donald Trump has to say.

They can make these little ads, they can get out there and pretend that everything’s okay, but they know that deep down their party is falling apart, and that’s because their party for the last 40 or 50 years has been embedded in the heart of American racism. It’s going to take more than a couple online ads to change that.