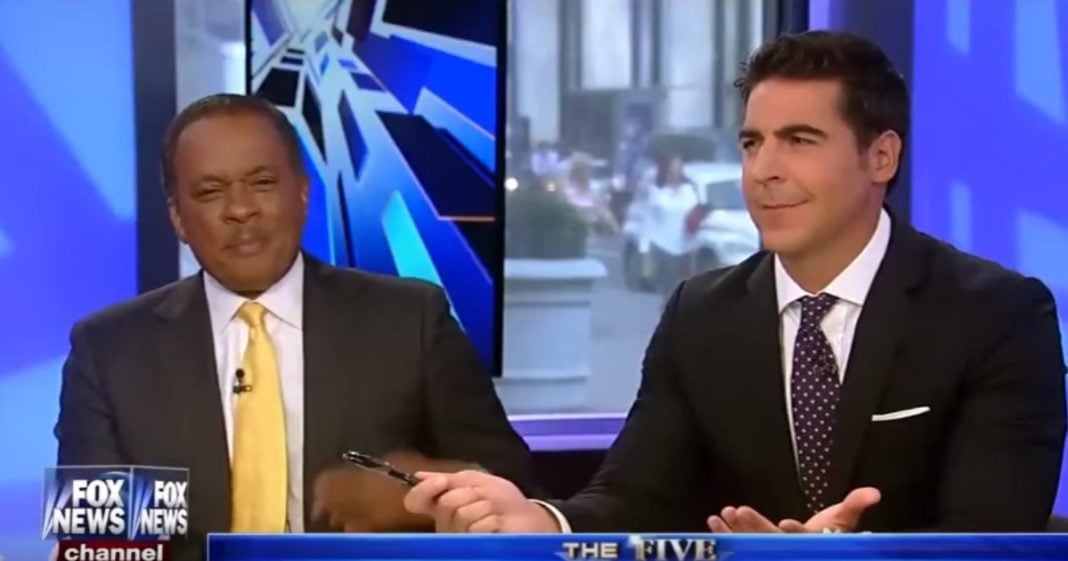 It’s a pretty obvious fact that when issues of terror and “Radical Islamic terrorism” occur, it usually translates into a small ratings boost for whichever idiotic Republican is currently running the show. In this case, of course, that idiot is the most dangerous of all – Donald Trump.

Though we are fairly certain that Donald prays for another 9/11 before he goes off to sleep each night, it’s never something he or his cronies would admit – or would they?

Bill O’Reilly’s right-hand idiot Jesse Watters admitted as much during a Fox News round-table on The Five where Watters wistfully hoped for another terror attack in October to really boost those lagging numbers for Trump.

With a curl of his lip, Watters said, ““If there’s one more terror attack, maybe in October, this is gonna make Trump’s plan look a lot more appealing,”

Host Juan Williams caught onto the special brand of insidious that Watters was suggesting and called him out, much to Watters’ outrage.

“Why would you say that that’s what I’m thinking? How dare you?”