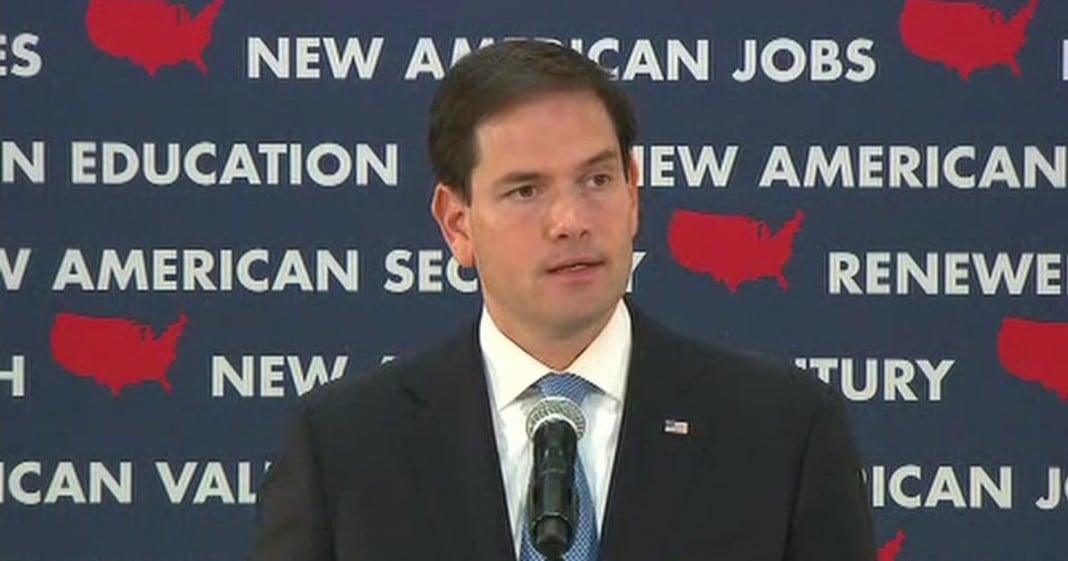 Ever since his failed bid for the presidency, Marco Rubio has been been a thorn in the side of the Republican party, offering his limp support for the Republican nominee while also jabbing the candidate with charges that he is unfit for the office.

This week, Rubio re-upped his confusing stance on Trump by calling the man a “con man” in the same breath that he said he still supported the Republican nominee. Rubio suggested that Republicans should and could vote for Trump for one key reason: whoever is president in 2017 will have the honor and responsibility of choosing Supreme Court judges, maybe as many as 3, which would shift the branch’s political leanings for the next several decades. It’s a massive issue to consider, and one which no one should take lightly.

Of course, for the progressives of the nation, nothing sounds more horrific than a bench full of Scalia clones, but that’s exactly what Rubio and other Republicans are begging for.

“I just don’t believe there’s any chance at all that Hillary Clinton will ever appoint someone to the Supreme Court with the views that Scalia had.”

I think you’re right on that one, buddy, which is exactly why she, not Trump, has to become POTUS despite our misgivings and her shortcomings.