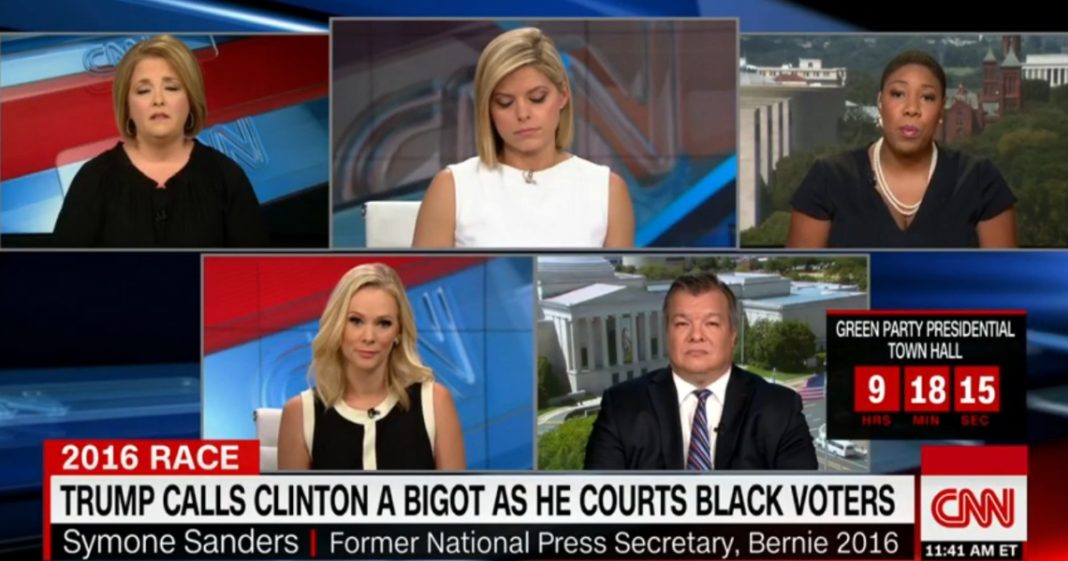 Symone D. Sanders was a faithful member of the Revolution during Senator Bernie Sanders’ campaign, and now she has taken the revolution onward by speaking out against violent demagogue Donald Trump.

Since Trump chose to openly pander toward African American voters on Tuesday in a fruitless attempt to win minority support, Sanders, a black woman, spoke up and pointed to the hypocrisy in Trump’s campaign.

Said Sanders, “If Donald Trump is very interested in reaching out to African America voters, and earning their vote in this election season, perhaps he should have went and spoke to the NAACP …”

.@SymoneDSanders: If Donald Trump is interested in black voters perhaps he should have spoke to @NAACP, @NABJ, @NAHJ https://t.co/Vs6XT718ZK