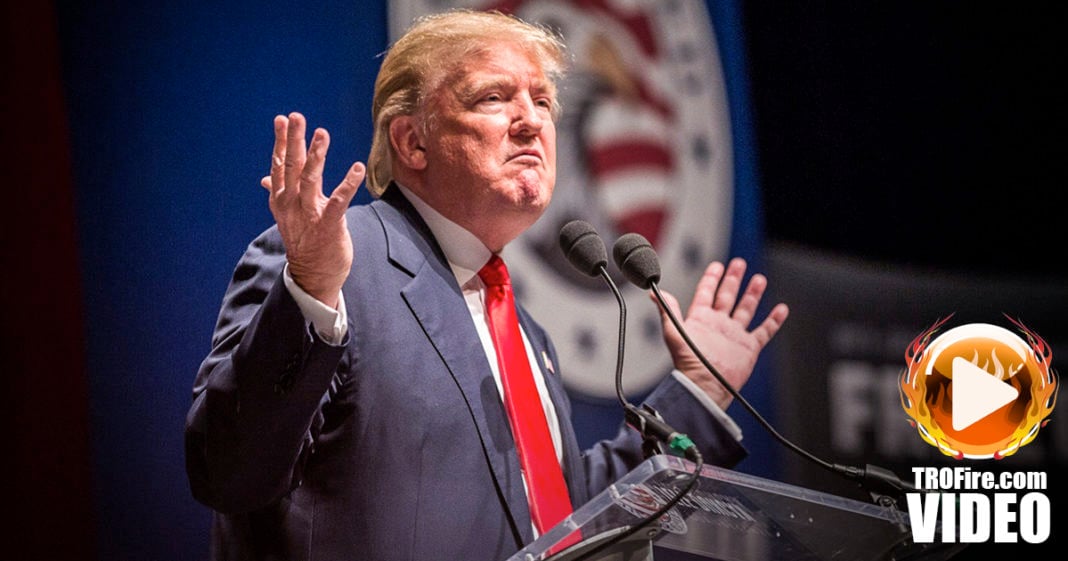 Donald Trump received his first classified intelligence briefing today, a sign that the end times could be upon us. Ring of Fire’s Farron Cousins discusses this.

Earlier today, Donald Trump received his very first classified intelligence briefing with the FBI, and if you’re anything like me, you’re absolutely terrified right now about the state of America. Donald Trump is not the kind of human being who should ever be allowed to have his hands on classified intelligence. In fact, I don’t think it’s very fair to use the words “Donald Trump” and “intelligence” in the same sentence at this point. This man has absolutely no political experience whatsoever. Now, he has done the punditry thing, calling into Fox News over the years, but he does not understand a single thing about American political policy. He understands nothing about foreign policy, about legal policy, how to draft laws, how to write laws, how to issue executive orders. This man does not know how to do these things, and he’s running second right now to be the next Commander in Chief of the United States. That is very scary. It’s time that we stop allowing these nobodies to run for president.

Just because somebody wants to be president more than anything in the world doesn’t mean that they have the knowledge, the expertise, or the experience to actually do it, and yes, people running for president do need prior political experience before they’re able to assume that office. Donald Trump, his anger, his temper, his bullishness, shows that he does not have the correct mental capacity, the emotional restraint within his psyche to be an effective leader, and now he has classified information that the rest of this country doesn’t have access to. This is a scary time for the American population right now, and to be honest, it’s a scary time for the rest of the world, because if he’s receiving classified information about foreign affairs, I am sure there is nobody on this planet that wants Donald Trump knowing more about their government than anyone else does. Donald Trump is a foreign policy and a national disaster waiting to happen. The only question is, are there enough dumbed-down voters in the United States to actually give him the power to do all that he actually wants to do in destroying this country?