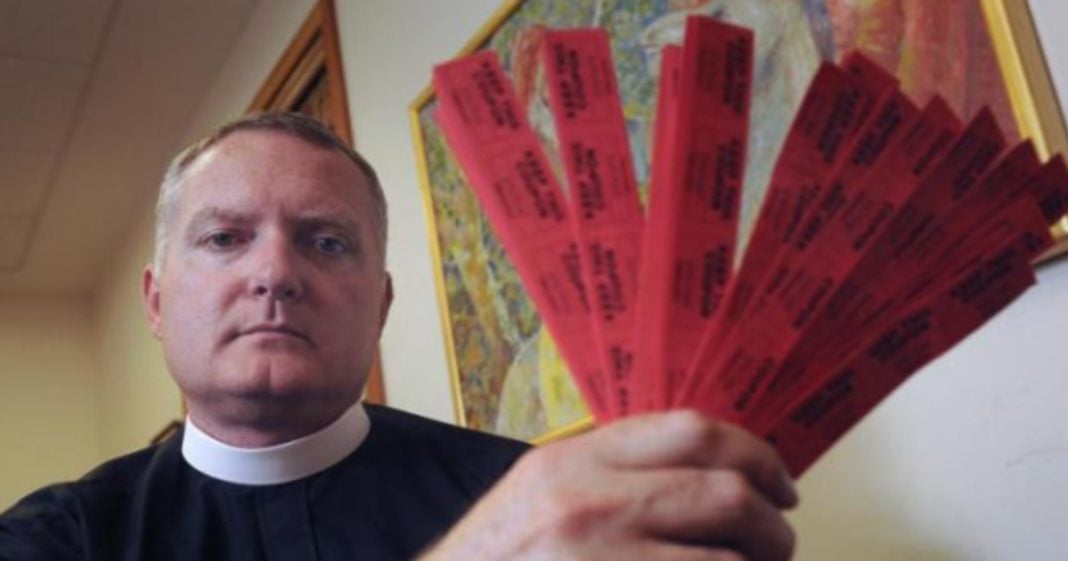 Previously, we brought you a story about a caring priest in California who decided to buy out a large number of raffle tickets in order to win an AR-15 rifle, but rather than using it for sport or protection (or murder), the priest planned to destroy the gun and use it as an art piece in order to raise awareness about gun violence in America.

The raffle was a part of a girls’ softball team fundraising event, attempting to raise money for a trip to the regional playoffs. First, the priest tried to front the entire cost of the trip so the team would cancel the raffle, but he was told they wouldn’t because they had already sold the tickets. As a result, Rev. Lucas used $3,000 of his church’s cash to buy raffle tickets and ensure his victory.

Considering that if he won, the gun was his property to do with as he pleased, it is disturbing to bring you the follow-up to this story, which is that the priest began receiving threats of violence once his story got out in his town.

Reverend Jeremy Lucas said, “I’ve come to learn a lot about the nature of social media. The rabid gun activists come out swinging, trying to close down any meaningful conversation and attempting to intimidate people into silence.”

It turns out that the only thing that will turn gun nuts against the Christian faith is a man of the cloth who wants to destroy his own legal property. Imagine that.