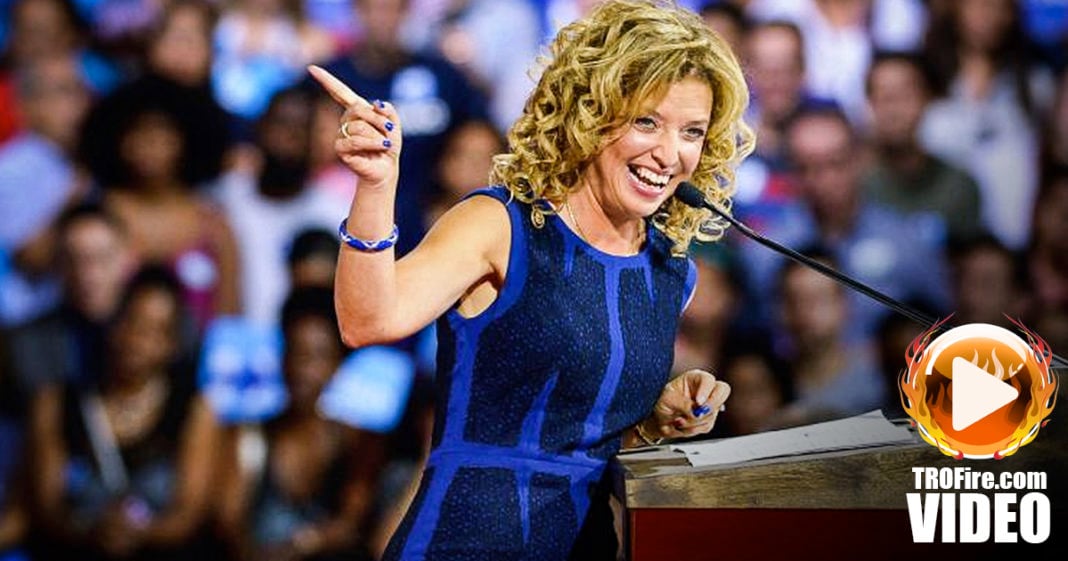 During her debate with primary opponent Tim Canova, Debbie Wasserman Schultz seemed happy that she and her employees at the DNC helped to make sure that Hillary Clinton beat Bernie Sanders. We wouldn’t tolerate this kind of behavior if the Republicans did it, so why are Democrats acting like this isn’t a big deal? Ring of Fire’s Farron Cousins discusses this.

This past weekend former DNC chairwoman Debbie Wasserman Schultz finally, I guess you could call it, debated her primary opponent Tim Canova. Where Wasserman Schultz let out a little piece of information that everybody else in the country already knew was true.

Here’s the thing, and I think a lot of democrats are completely missing this point, if this was reversed and we found out that the Republican National Committee was actively working to undermine one candidate in favor of another, we would be talking about that no stop. Here we had the chairwoman of the Democratic National Committee doing exactly that and only half of the democratic party seems to be angry about it.

The good news is, there’s still plenty of time to get her out of congress. Tim Canova is running a very strong campaign against her. He is raising a ton of money. He could always use help. If you happen to live in the south Florida area, I advise you to go door to door. Get people energized. Get people active. Debbie Wasserman Schultz has to go. It’s not just about what she’s done to the reputation of the Democratic National Committee. Her votes in favor of payday lenders. Her willingness to side with republicans over democrats on consumer issues. That’s a problem. That’s not the kind of person that we need in Washington, much less running the democratic party.