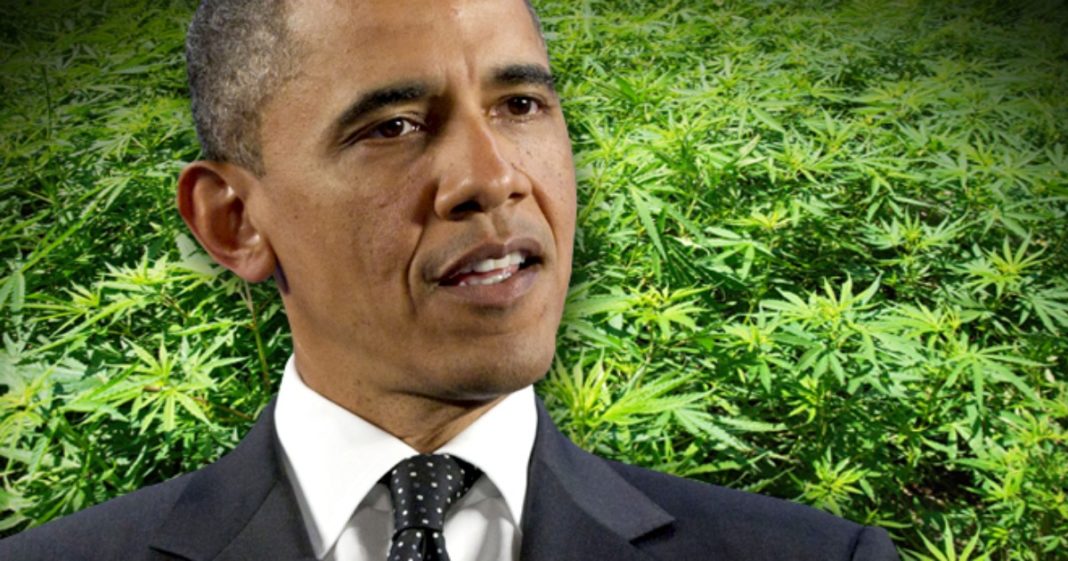 At the end of last week, the Obama Administration and the DEA elected to keep the United States in the fabricated war on drugs by refusing to reschedule marijuana as anything other than Schedule 1.

Though the president has expressed support for decriminalization and has mostly stayed away from states which have legalized cannabis, Obama and others like him clearly have a vested interest in keeping weed taboo.

Despite a growing national support for the legalization of weed, as well as several ballot measures up for vote in November, the general belief in the Democratic party is that more research needs to be conducted, and that marijuana should be treated with kid gloves.

By why would the liberal party find it politically viable to oppose a harmless plant? Wouldn’t it help, rather than harm, the party’s support to have a pro-marijuana stance? What could be standing in the way?

Enter: Wikileaks, the convenient little leak of the DNC which has revealed a great deal about the party many of us once thought we knew. Along with the primary corruption and religious discrimination, the leaks revealed that the Democratic party has an extra cozy relationship with Big Booze, and that continues to stand in the way from the party’s support for marijuana.

Inside the leak was an email from the Wine & Spirits Wholesalers of America which spread the idea that marijuana use was causing more traffic accidents and fatalities than ever before. The general message was that weed was bad and needed to be regulated more, not less.

Of course, the alcohol industry has a massive issue with drunk driving, so it makes sense that they would want to turn the heat of that pressure somewhere else. The problem is that weed-related accidents have only risen slightly in recent years, and they are far, far outweighed by accidents involving alcohol and other illegal substances.

We know that the Democratic party is more entrenched than ever with corporate cash and influence, which is exactly what happened last week when the president said “no thank you,” to rescheduling marijuana so that it was no longer considered as damaging as heroin.

The president may commute a couple hundred low-level drug offenders in his final year, but nothing makes up for this gap in consistency. Keeping marijuana at such a high level means that thousands still will have their lives ruined by the possession of a nearly harmless plant.