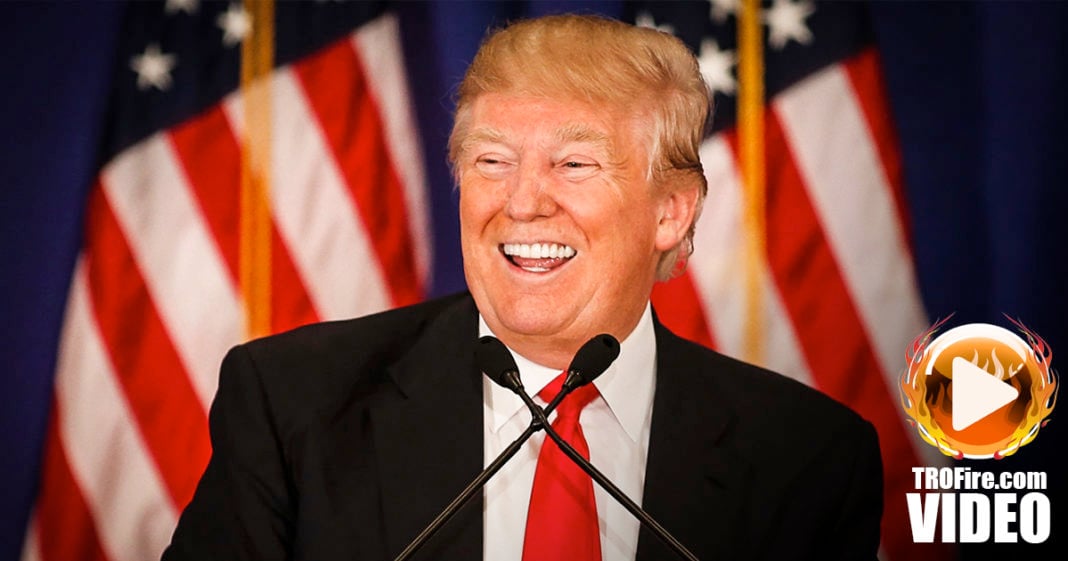 With the election looking increasingly like it’s going to be handed to Hillary Clinton, Donald Trump is desperate to make up excuses as to why he won’t win.  His latest claim – that the election will be stolen – has led to him calling for his irrational supporters to storm the polls on Election Day to make sure no one tries anything funny. Ring of Fire’s Farron Cousins discusses this.

New York actually swing state, he’s losing by 30 points to Hillary Clinton. Donald Trump, the sore loser that he is, is out there telling crowds, telling the media that this election is going to be stolen so it’s up to his supporters to stand up at the polls and make damn sure that nobody steals the election while they’re standing there.

What Donald Trump wants is for his supporters to go to polling stations this year and act as poll observers, poll watchers, make sure there’s no funny business going on anywhere at that precinct. What this really is, is Donald Trump wants his goons to go out there to these precincts and make sure that minority voters are not allowed to cast a ballot. That has been the plan of the Republican Party for decades now.

That’s what’s behind all of these photo ID laws and all of the other voting laws that have been put in place. It’s about intimidating African Americans and Latinos and other minorities. That is what Donald Trump wants. Here’s the issue, we have seen so much violence from Donald Trump supporters against people of color that that is what he wants to happen at the polls this year.

These people are not going to go to the polls and observe any kind of fraud. They’re not going to see any funny business going on. If they are, it’s going to be to the favor of the Republican Party as it always is. What these people are being sent out to do is harass and intimidate, and that cannot be tolerated in this democracy. We’ve seen it happen in the past and that is exactly what Trump wants to bring to the 2016 elections.

My call to action here is to have poll watcher watchers. That is, Progressives that go to polls and make sure that there are not Donald Trump Republican thugs out there trying to intimidate people of color from casting a ballot. If you do that and if you see something happening, call the police, call election helplines, do whatever you have to do to make sure that this year’s election is safe from the Republican bigots who do not want you to cast a vote.