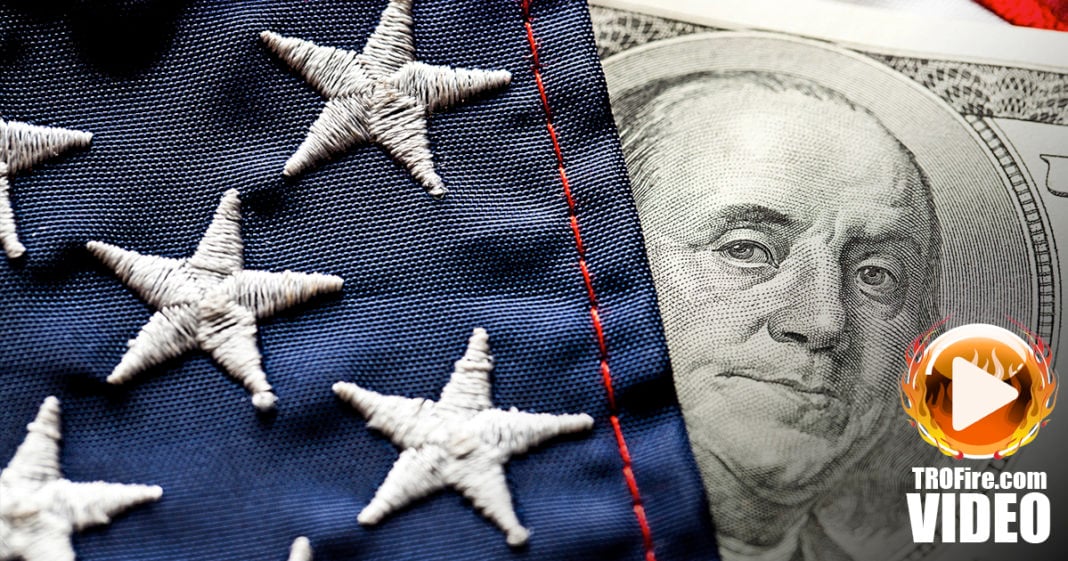 Donald Trump is dragging the entire Republican Party down into a black hole, but Republican members of Congress have a plan: They’re going to get the Party to stop funding Trump so they can have that money to win their own elections.  Good luck with that. Ring of Fire’s Farron Cousins discusses this.

A group of Republicans have drafted a letter that they’re going to send to the Republican National Committee, that begs the Committee to stop funding the campaign of Donald Trump. You see, what these House members are worried about, is the fact that they pretty much know Donald Trump is going to lose. As a result, he’s going to take a lot of Down-Ballot Republicans with him in defeat. What they’re telling their Republican National Committee is that, “Hey, when Hillary Clinton wins,” which is pretty much not an if anymore, according to these Republicans. “When she wins, we’re going to have to work overtime to stop her from doing anything at all, when she is president, and in order to do that we have to actually win our elections. To win our elections, you have to give us all of the money.”

Now, this is actually a pretty smart idea by Republicans, one of the first that they’ve probably ever had in my lifetime. You see, they understand that Trump is toxic, they understand that Donald Trump is taking down the entire Republican Party, and these people desperately want to hold on to their jobs. Here’s the thing, they can get all the money in the world, but that is not going to guarantee that these people are going to keep their jobs in November. After all, it’s the policies of the Republican Party, the pandering, and the dumbing down of their base that they have done for the last 20 years, that gave rise to Donald Trump. These Republicans who have signed on to this letter, are absolutely no different.

They believe the same things, they’re just not dumb enough to say it in public, and if they do, they use coded language, unlike Donald Trump. Furthermore, these Republicans before they assumed that money is going to win them the election, they need to explain to voters, why in the hell they should even bother voting for them. Seriously, what has these Republican Congress accomplished, other than trying to block every single thing President Obama has ever done, and repeal every single thing President Obama has ever signed into law? They have done absolutely nothing. Donald Trump aside, there is absolutely no reason why any of the Republicans in the House of Representatives deserve to keep their jobs.

That’s what this is about. It’s not just about wanting more money to win the election, or to defeat Donald Trump, or to stand up to Hillary. It’s time for these Republicans, and the voters who put them in office to finally stand up and say, “What the hell are you doing there? Why are we voting for you again, when you continuously deliver absolutely nothing for the American people?”