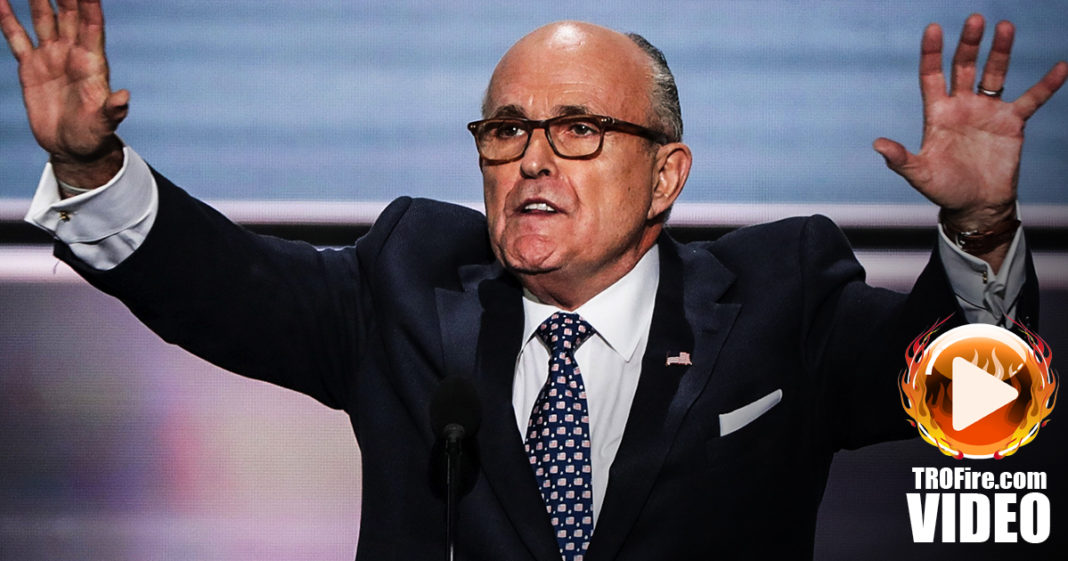 Rudy Giuliani campaigned for president in 2008 on one simple issue: The 9/11 terrorist attacks. So why is he now pretending like there were no successful terrorist attacks on US soil before President Obama came into office? Ring of Fire’s Farron Cousins discusses this.

Farron: Rudy Giuliani, the former mayor of New York City, seems to be suffering from a bit of amnesia. Take a look.

Rudy: By the way, under those eight years, before Obama came along, we didn’t have any successful radical Islamic terrorist attack in the United States. They all started when Clinton and Obama got into office.

Farron: Look, this is a talking point that we have seen Republicans throughout time and time again during the Obama administration. The good folks on Fox News have said this countless times. Eric Bolling was one of the first people to point out that, “Hey, before President Obama, there were no domestic terrorist attacks on the United States soil at least during the George W. Bush administration.” But this one is even more insulting and disgusting because here you have the man who served as mayor of New York City during one of the worse terrorist attacks on American soil that this country has ever seen.

He was right there in the middle of it. He saw the death and destruction, and yet he still has the audacity to go out there and claim that it just didn’t happen, that it wasn’t George W. Bush who was in New York the next day or two giving his rousing speech on the rubble. Rudy Giuliani, you ran your presidential campaign back in 2008 only on 911. You know it happened. You know who was President, and you know who wasn’t President. This is getting obscene. This is Republican history rewriting at its absolute worse. This is an event that’s going to be in history books forever, and Rudy Giuliani has the audacity to pretend that it just didn’t happen.

Whatever goodwill, whatever support Giuliani gained of being mayor of New York during 911 is gone. The guy’s just an asshole, and he doesn’t deserve any time on television or anywhere in the spotlight. His days are over. Move on.