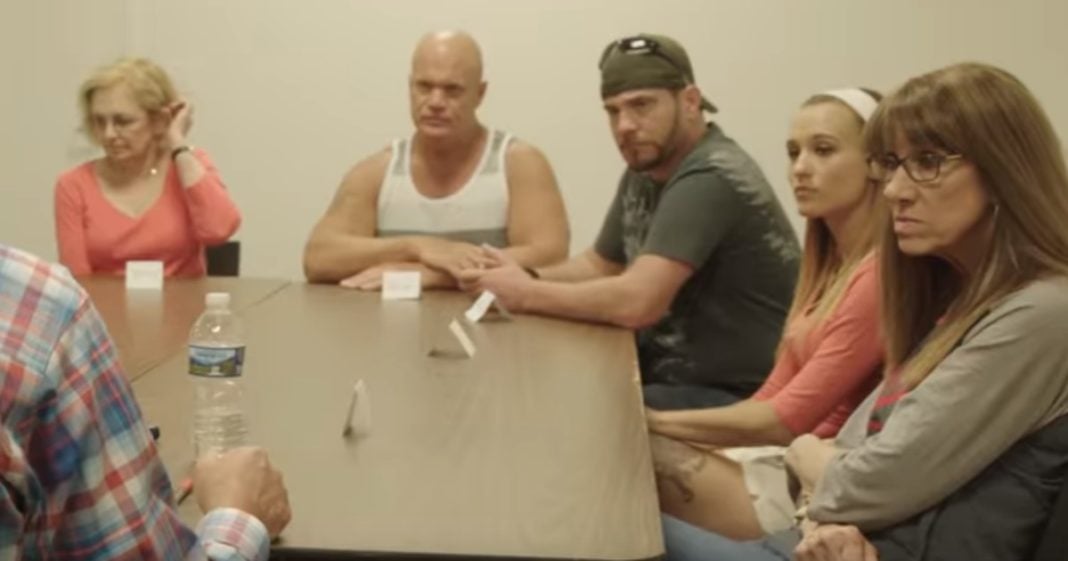 Never before has a stupid puppet made me feel such a wide range of emotions – from fear, to horror, from mirth, to anger, and just about everything in-between.

During a special segment on Hulu‘s Triumph the Insult Comic Dog’s “Summer Election Special,” a couple of groups of low-IQ Trump supporters were brought to a fake focus group and fed fake Trump campaign ads, and they loved every second.

The enthusiastic supporters didn’t blink an eye as the fake Trump voice suggested shock collars on Mexicans, abortion resorts with monetary incentive, a gun vending machine to ward off transgender women, various ways to trap and “ship out” undocumented citizens, and a new truther movement surrounding whether or not Hillary Clinton is truly female.

To anyone with half of a brain, it’s clear that these “ads” are mere parody, but to the people in that room, they were excited and elated to be helping out the Trump campaign with their valued insight.

The most shocking moment (out of many), came when one of the more intelligent-seeming supporters suggested that, rather than putting shock collars on Mexican citizens, the United States should immunize all Mexican citizens with a substance of some sort which would react with an electric border fence.

The fact that this woman suggested that one government secretly vaccinate citizens of another nation with a substance without their knowledge or consent shows you what sort of dangerous beliefs we are up against.

You can try to laugh at their stupidity, but you just might find yourself anxiously biting your nails at the dangerous rhetoric their lack of intelligence inspires.