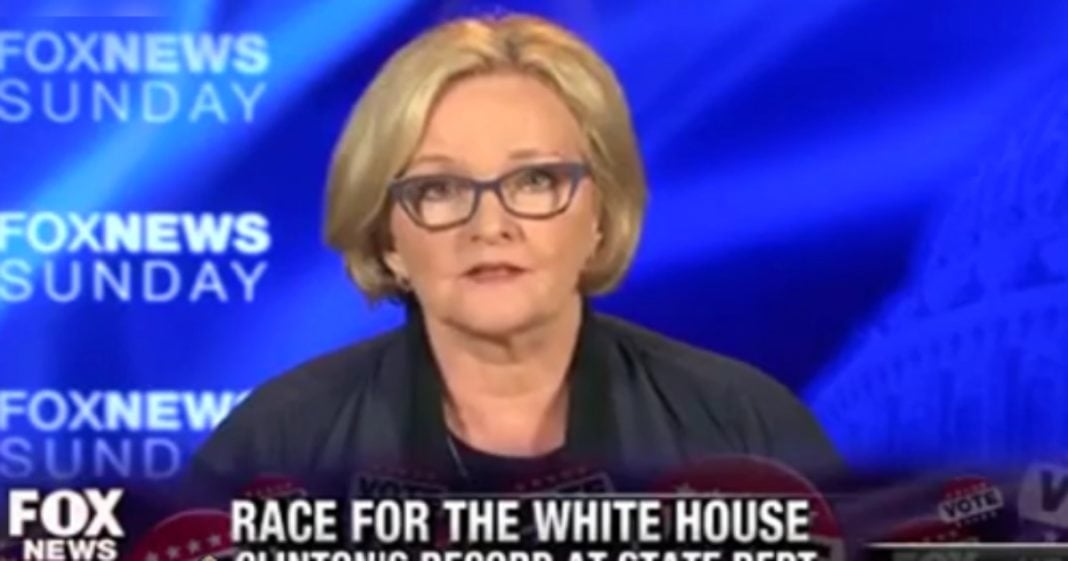 The constant references to Russia in America’s political races have gotten a bit out of hand, with discussions about who is close to Putin and what Russian influence might mean in 2016, but some have taken the idea a bit too far and are thoughtlessly attacking the nation, seemingly without thought to the repercussions.

Usually, this would be the time when we would mention a handful of Republicans behaving badly, but this time it’s a Democrat who took the whole evil Russia thing a bit too far.

Noted Senator Claire McCaskill brought up Putin and his nation on Monday during a discussion about Trump’s recent comments blaming Obama for ISIS.

McCaskill, an establishment Democrat through and through clearly took Trump’s ISIS comments to heart, and attempted to put the heat on the candidate and his “best buddy” Putin.

“It was also important to realize that Assad, by what he did in his country, allowed ISIS to move into what was then Iraq — al Qaeda in Iraq into Syria and get strongholds and recruit. That was the work and support of Putin who is Trump’s best buddy. So, you can say Trump and his friend Putin are the founder of ISIS, which probably would be more accurate than calling out the commander-in-chief in that way.”

Of course, McCaskill isn’t wrong, but she is turning her target from a small-minded American politician to a powerful and opposing force in Russia. It’s a dangerous gamble, and what payoff can she be expecting?