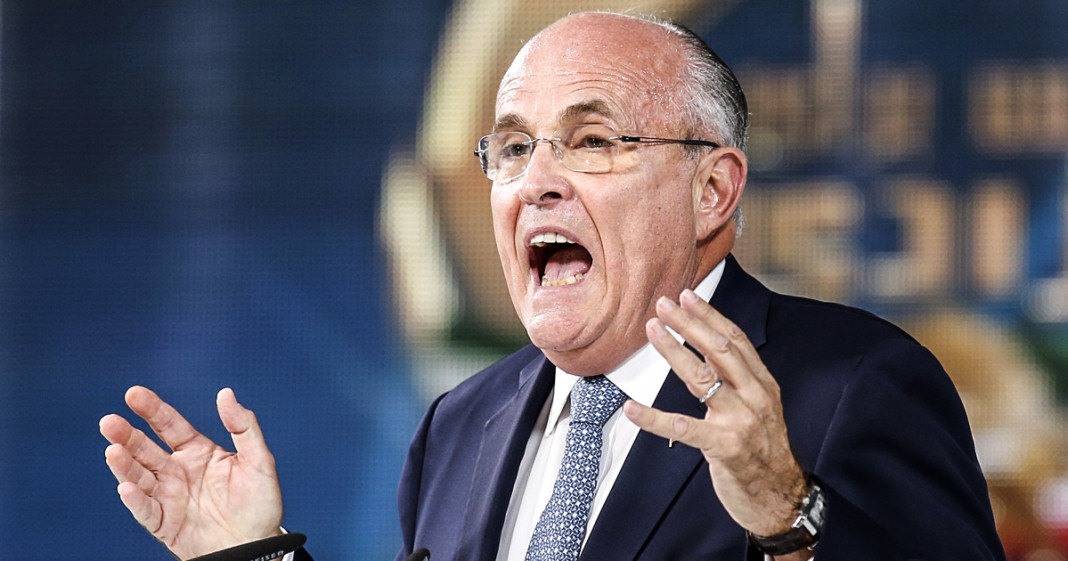 If you wrote this for a political drama television show, viewers would revolt for how unrealistic it is, and yet former New York city mayor Rudy Giuliani actually said on Monday that before Obama, there were no Islamic terror attacks on U.S. soil.

“By the way, under those eight years before Obama came along, we didn’t have any successful radical Islamic terrorist attack in the United States. They all started when Clinton and Obama got into office.”

How can you have served the city during the nation’s worst terror attack which was carried out by Al Quaeda Muslim extremists and make a completely false statement like that? Is Giuliani losing his mind? Did he genuinely forget? Did he “misspeak,” or does he just think we’re all too stupid to catch him in his lie?

This almost feels deliberate after Trump spokeswoman Katrina Pierson tried to blame Obama for both 9/11 and the invasion of Afghanistan. They figure that the facts and history don’t favor their candidate so they might as well discard the whole thing and start fresh with their own narrative?