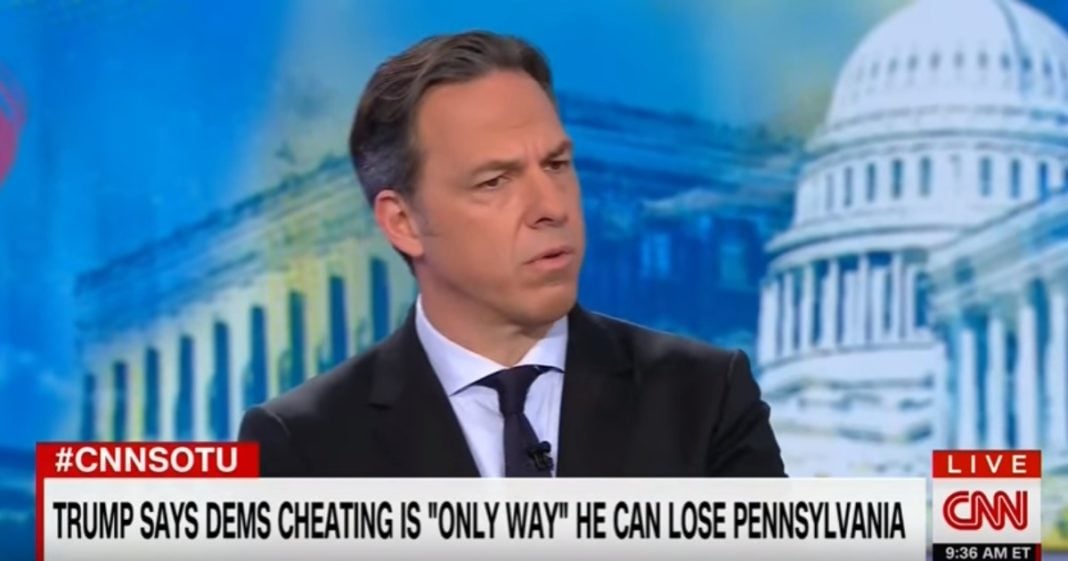 Over the weekend, CNN anchor Jake Tapper apparently reached his threshold of Trump tolerance as he repeatedly refused to bow down to the senseless rhetoric of those who support the violent demagogue.

Taking the brunt of his frustration-fueled honesty was former Arizona Governor Jan Brewer who got quite the tongue lashing when she tried to use the age-old argument that the media was too focused on things Trump said rather than the “important issues.”

“The media tends to look at a few little statements that he might say off the cuff and blow them up. Let’s talk about the policies he puts out. We want to hear more about that. Rather than the press completely and continuously just beating down on certain little one-word sentences.”

“How dare we cover the comments he makes.”