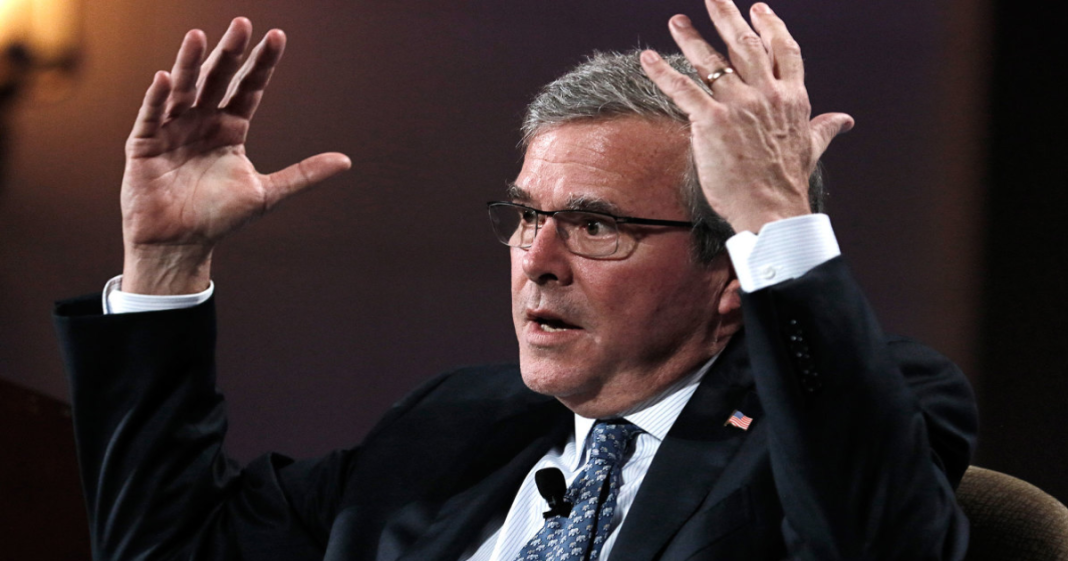 Though the Bush family is now far from political office after Jeb’s failed presidential bid, the ill effects of the family’s leadership is still being felt all over the globe.

Most acutely, parents in Florida where Jeb governed from 1999 to 2007 are still feeling the brunt of his disastrous and outdated education initiatives which are being misused to hold children back in the third grade.

When the law was instituted by Bush’s state administration, the general rule was that standardized testing was king, and that a child’s reading comprehension skills could be properly assessed via a yearly test.

Since that rule was put into place, though, there has been a massive evolution in the system’s relationship with these standardized tests, and now a large swath of Florida parents have their child opt out of the yearly state-wide testing.

As a result, many children are being held back by the system for “failing” their reading standardized test, despite doing well on report cards and other in-class assessments. Because these students opted out of the standardized test, it doesn’t make sense to judge their reading skills solely based on a test they left blank, which is why a group of parents have lodged a lawsuit to change the way Florida assesses students.

The parents allege that their children have passed every other benchmark, and that the schools have no grounds to hold their children back. In the courtroom on Friday, parents tearfully shared the consequences that will and have occurred from holding their children back. Children expressed sadness at not being able to advance with their classmates as they feel they should.

The parents are simply asking that the outdated law be made modern and that a portfolio, including the child’s grades and teacher’s assessments be included in consideration when deciding whether or not a child will be held back. It doesn’t at all seem an unreasonable request.

You can read more about the ongoing case at the Tampa Bay Times.