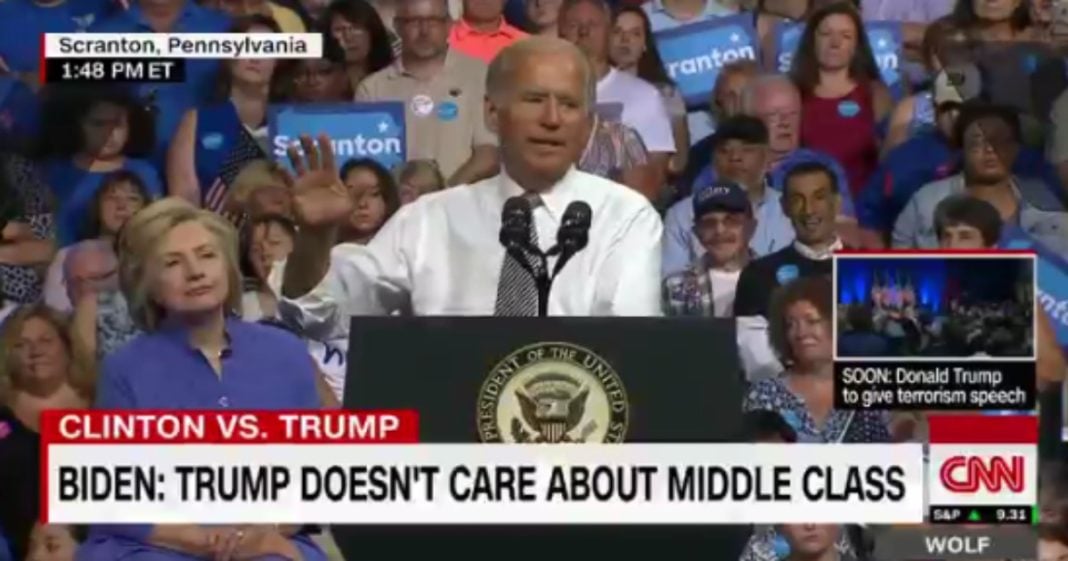 In a poignant statement which truly demonstrates how off-target Donald Trump has pushed the rest of the establishment, Vice President Joe Biden remarked on Monday during a Clinton rally in Pennsylvania that he would have thrown himself in front of his now-deceased son if he was heading off to war under the leadership of a Trump administration.

Biden: If Trump was president when Beau was being deployed to Iraq, “I would have thrown my body in front of him.”

Biden’s son Beau, who died in 2015 of aggressive cancer, served one year in Iraq. Though Beau served under a Republican Bush administration, Biden was glad to see his son serve his nation. Under a Trump administration? Things just seem so much more dangerous.

Biden on if his son Beau was still in the army and Trump was commander-in-chief: pic.twitter.com/tJR4FfvMq3

Biden didn’t stop there. He spoke on behalf of Hillary Clinton and repeatedly tore down Trump, once again referring to his rhetoric as a “bunch of malarkey.”

Joe Biden on Trump: “This man is totally, thoroughly unqualified to be President of the United States of America” https://t.co/3hiezbXnsU