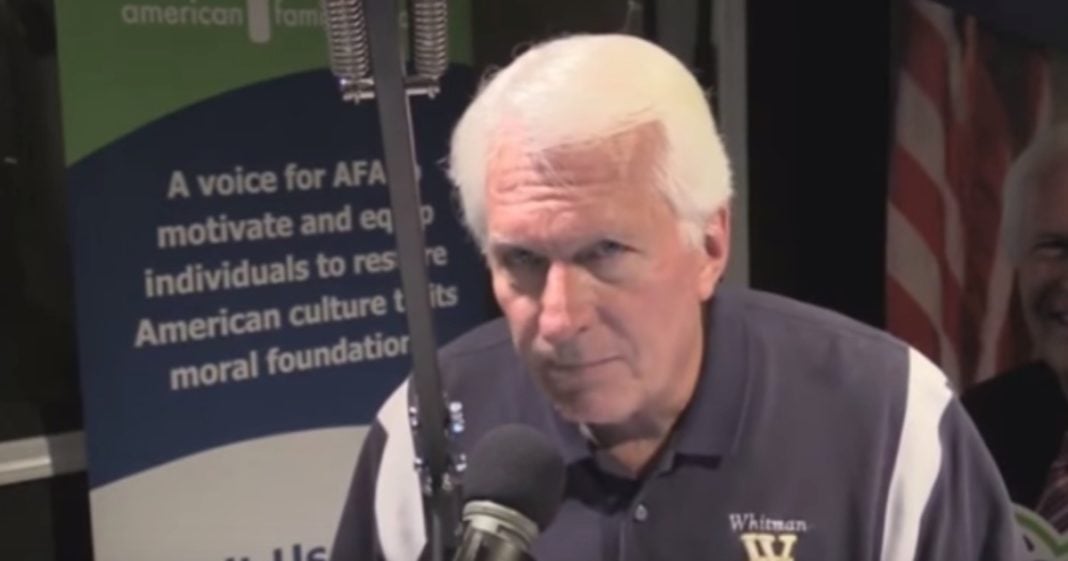 You don’t hear about crazies like this on mainstream, corporate media, but there are hate-filled men like Bryan Fischer crawling around all corners of the United States, spreading their hate over the radio waves.

Over the weekend, Fischer used his platform at American Family Radio to suggest that according to the bible, women aren’t supposed to be the leader of anything. Fischer is quick to say that he can’t point to a bible verse to confirm his idea, but that he’s got more than enough evidence to confirm it.

“What if somebody had the courage to go on national TV, somebody of some kind of prominence or visibility, and said, ‘Look, I’m going to vote for Trump because he’s a man. I don’t believe that women should be entrusted with high political office’ … That’s the position I happen to take.”

Now I wonder why Fischer would choose this time, in August of 2016, to try to spread the idea that God doesn’t want women to be leaders… could it be because we in fact are just a hop, skip, and a jump away from our own female leader?

Add Fischer to the long list of woman-hating men who will cry bitter tears of patriarchy when Clinton takes that highest office and changes American history forever.