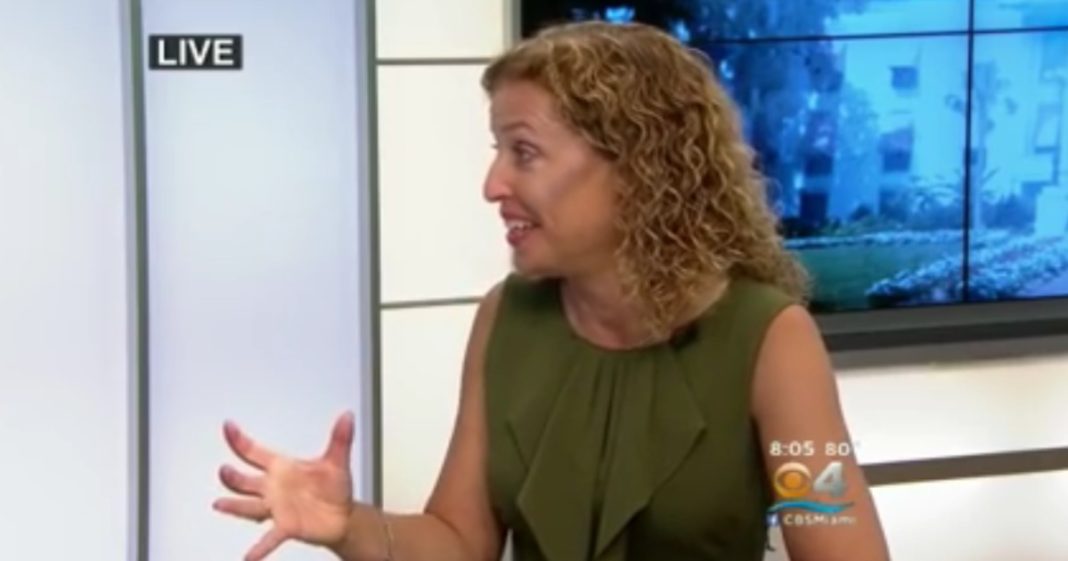 Though you may have missed it due to its 8 a.m. starting time, the debate between Congresswoman Debbie Wasserman Schultz and congressional candidate Tim Canova was rife with important information on both candidates.

Possibly the most important soundbites were captured in the first part of the debate as Wasserman Schultz answered questions about her role at the DNC and the devastating DNC leak which resulted in her removal from the party’s leadership.

Referring to the DNC leak as “Russian espionage,” Debbie Wasserman Schultz attempted to defend her organization’s clear bias against Bernie Sanders during her tenure as DNC chair. DWS claimed that she didn’t have any knowledge of the emails surrounding Sanders’ religious affiliations, and said that she strongly condemned them.

The congresswoman defended the work she had done, but even as she was on her best behavior, she still couldn’t help revealing once again her obvious bias toward Clinton.

“The work we did to prepare for Hillary Clinton to be our nominee, and then make sure that we could get her elected president is absolutely critical . . .”

If you haven’t seen the debate between Wasserman Schultz and Canova, it’s definitely worth a view. This first part is especially important to former Sanders supporters.