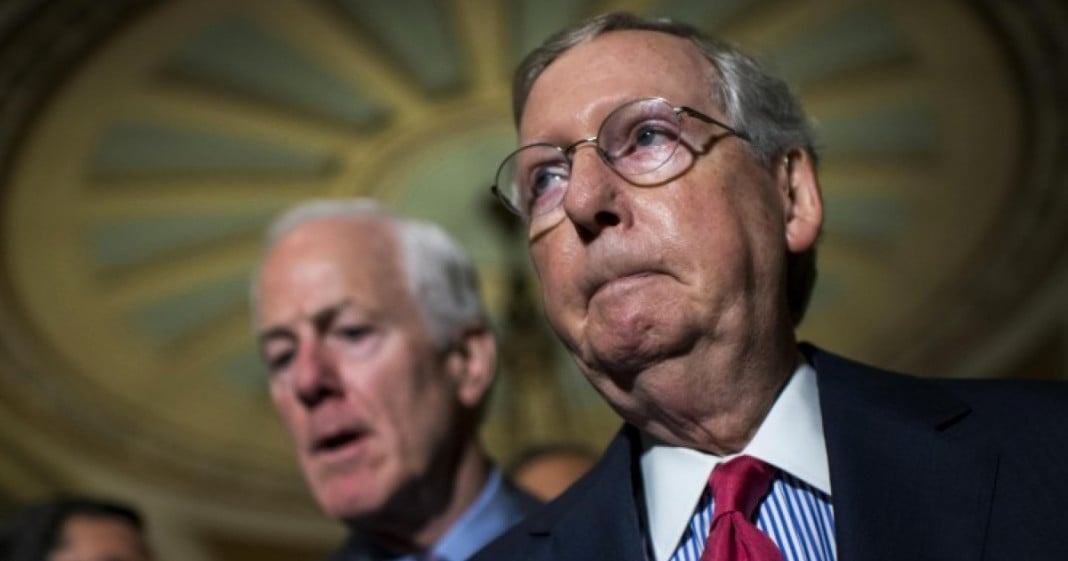 Senate Majority Leader Mitch McConnell would certainly be included in the list of GOP leaders who helped to pave the way for Donald Trump, and yet you will certainly never hear the Senator admit to his role in the devolution of the party. Instead, he and others like him are the many chickens running around without their heads, wondering how things could have gone oh so wrong.

In remarks made in Kentucky on Thursday, McConnell expressed his deep fear that in 2016, Republicans just might lose everything, the House, Senate, and the White House, referring to the elections as “very dicey.”

McConnell did not outright blame Trump, saying instead that it was just chance which made the GOP’ers have so much more to lose. In fact, 24 GOP seats are available in the Senate this year compared to just 10 for Democrats.

McConnell may not say it, but other GOP-ers have indicated already that Trump has become a massive liability for all other Republicans running this season. Choosing whether to support Trump or oppose him could mean the difference between a win or a lose, and no one is quite sure which is the right position to choose.

We can only hope that Trump proves to be the diabolical domino he’s always seemed to be, and that he topples the whole thing along with his epic fall.