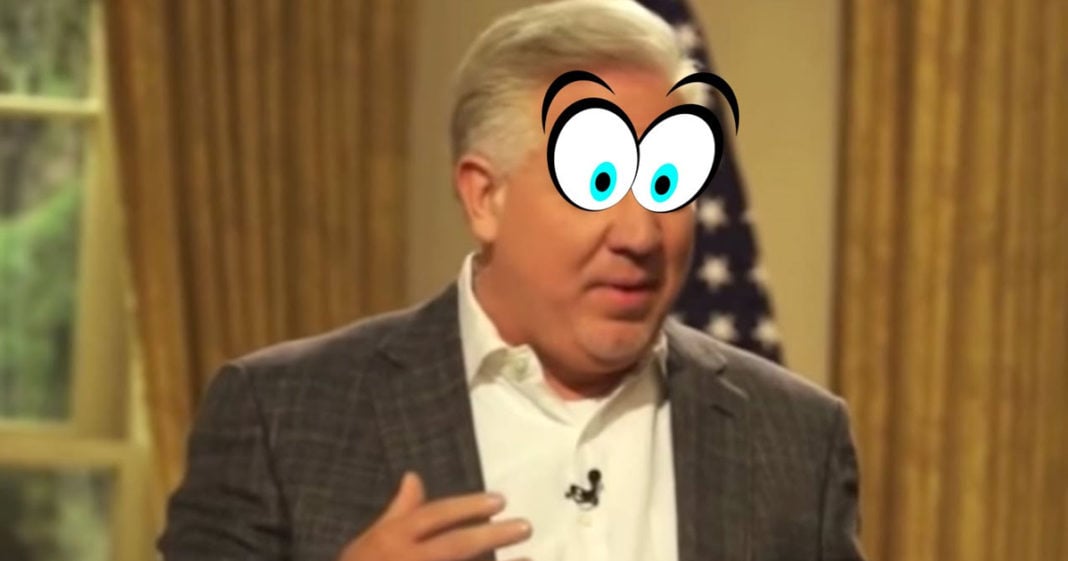 In this Majority Report clip, Glenn Beck is filled with glee as he describes how convinced he is that the DNC has murdered a staff member that Julian Assange claims leaked documents to Wikileaks. As with so much of what he says, Beck includes the phrase, “now that sounds crazy,” or something to that effect, because almost everything he says is crazy.