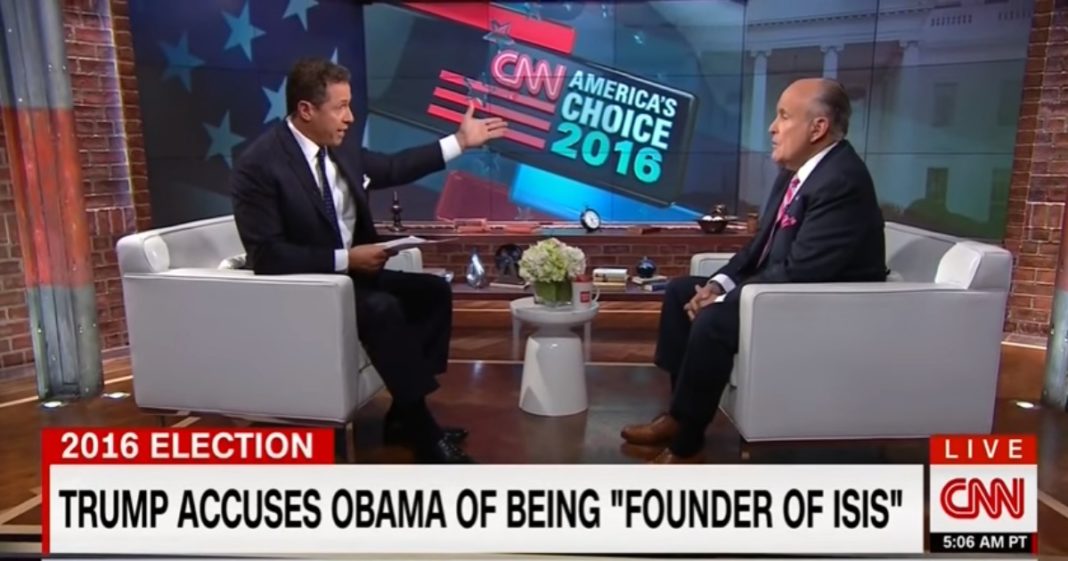 If there is any journalist willing to go to bat against Hillary Clinton’s opponents, it is Chris Cuomo, CNN anchor and journalist.

That is exactly what he was ready to do in an interview Thursday when he sat down with former New York Mayor Rudy Giuliani who stumbled his way through a brutal interview over Donald Trump and his recent “Obama founded ISIS” comment.

As Cuomo noted, Trump isn’t willing to to come on his show and has his press credentials black-listed, so it was clear that he had a bit of frustrations to vent with Trump-devotee Giuliani.

“How is it rigged? This comes out of his mouth and you have to apologize for it,” Cuomo remarked.

“I’m telling you he didn’t say words of violence!” Giuliani said. “You say things in a lot of ways.”

“This is what the man does,” Cuomo stated. “He says things that are either casual or hyperbolic to impress the crowd. And then they go too far and he refuses to apologize and blames the media. It’s happened at least 10 times that I can name right off the top of my head.”