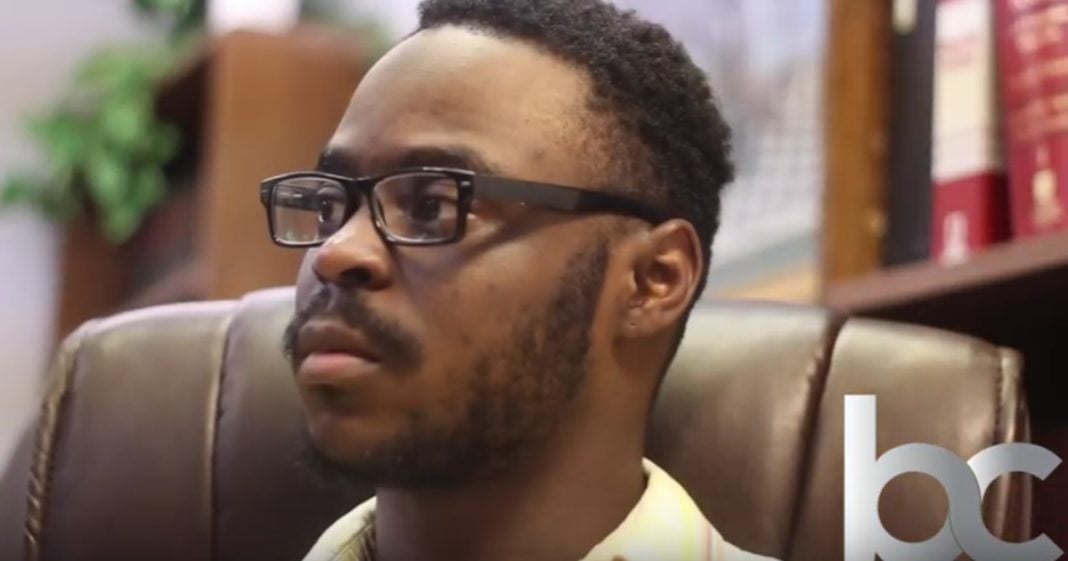 Last week, it was reported that mass-murderer Dylann Roof had been attacked in jail by a fellow inmate.

That inmate, Dwayne Stafford, had been held for more than 18 months in the jail for first-degree assault and armed robbery charges. Stafford had been held in jail for a shocking 571 days without trial before his bond was paid.

The man who attacked Roof was praised by many for his actions and an anonymous donor paid Stafford’s $100,000 bail.

On Monday, the newly-freed Stafford sat down with online news outlet Black Collective to share his story and explain why he attacked the mass murderer.

When asked how he felt about the murder of the nine black churchgoers killed by Roof in Charleston, Stafford replied that it was the same feeling he got when learning about his father’s death two months before.

“[T]he same as I felt about my father dying, like, damn…damn.”

Stafford said he was aware of who Roof was when he attacked him, and that he had initially tried to make friendly contact with the man.

Watch an excerpt of that interview here: