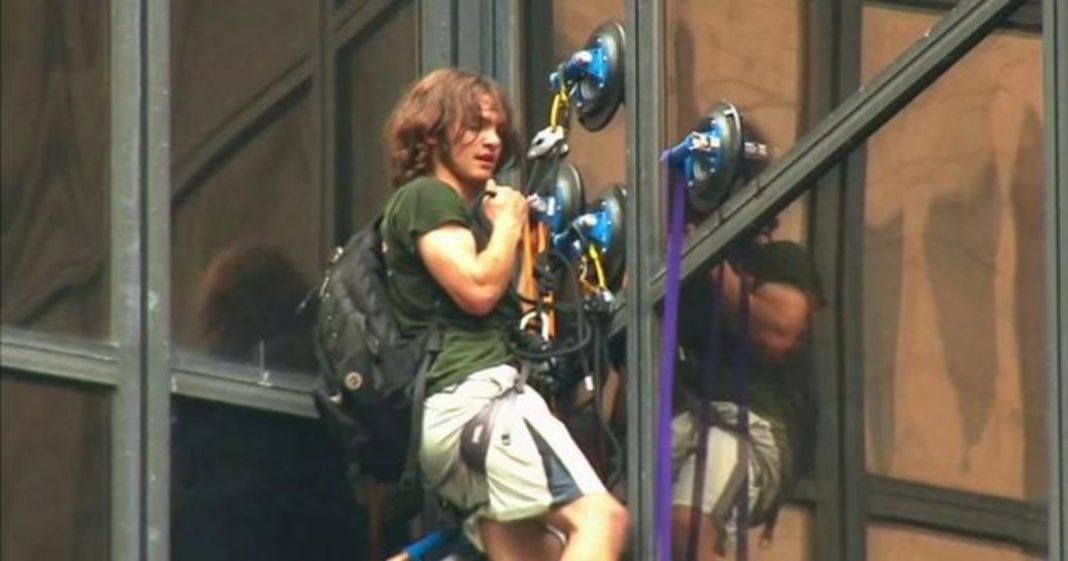 On Wednesday evening, all attention turned to Trump Tower in New York City, but it wasn’t because the Republican nominee had come to visit – instead, all eyes watched as a man scaled the glass-walled Trump tower using suction cups.

The massive tower proved a formidable foe to the climber and he made it to the 21st floor in just over two hours before being snatched by the NYPD through a removed pane.

In a video released online the previous day, the man, who identified himself by the alias, “Leven Thumps,” said that he was doing the stunt in order to get Donald Trump’s attention.

“The reason I climbed your tower was to get your attention. If I had sought this through conventional means, I would be much less likely to have success, because you are a busy man with many responsibilities. I’ll get my contact information to your campaign so that if you are interested, you can respond.”

There’s been no word yet about what exactly he was trying to convey to the nominee, and we can guess that the campaign won’t be reaching out anytime soon.

You can watch a clip of the climber and his “rescue” by the NYPD here: