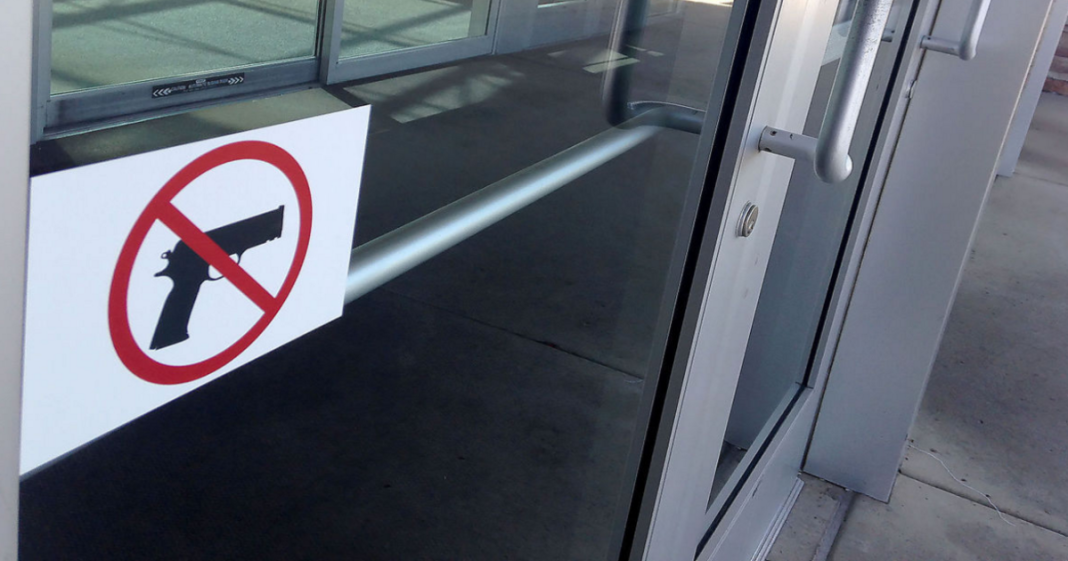 Thanks to sweeping and gratuitous gun laws established in recent months in the most  root’n’est, toot’n’est state in the Union, professors at universities all over Texas have absolutely no authority to decide whether or not to allow their students to bring guns into the classroom.

Though Texas has allowed open carry in most public spaces since as far back as 1995, the most recent legislation made it legal for individuals to open carry on college campuses as well – meaning that any Tom, Dick, or Harry can waltz into an auditorium full of students with his handgun prominently displayed.

In response to this change, three professors at the University of Texas at Austin filed a federal lawsuit which sought to undermine the new law. Professors Mia Carter, Jennifer Glass and Lisa Moore argue that the law is too vague and doesn’t adequately explain the legal repercussions which might take place if they were to turn away armed students at the classroom door.

The professors requested that the law which was to take effect on August 1st be delayed by a semester at the university and that a public trial be held to determine whether the law violates other constitutional rights.

Attorney General Ken Paxton said that the motion is likely to fail and that if a professor does block a student’s right to open carry, they could face disciplinary action via the university.