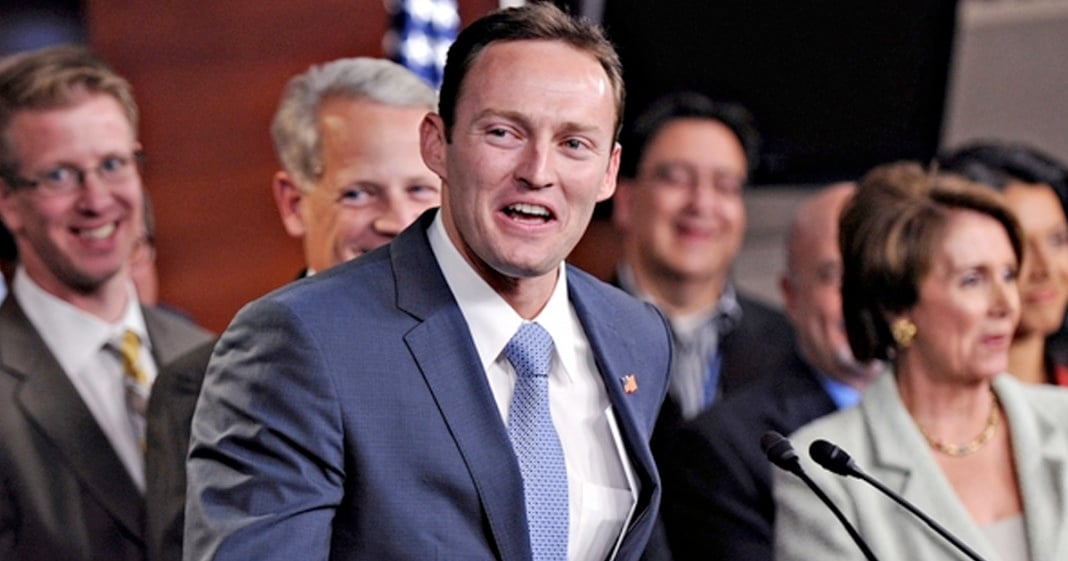 Wall Street darling Patrick Murphy is doing his best to mind his P’s and Q’s as he works to defeat progressive Alan Grayson and Republican Marco Rubio for the senate seat in Florida, but a comment he made on Thursday has the Democratic establishment feeling a bit worried.

Murphy, the favored Democrat in the primary race against grassroots Grayson said during an interview on the Fusion network some questionable things regarding race and nationality which raised more than a few eyebrows.

“That’s what makes this country so beautiful and so unique. You know, you think of the Statue of Liberty, right? And all of us. I’m an immigrant. We’re all basically immigrants here. And you think of that beacon of hope, of opportunity, and Trump is tearing that apart. And that is scary to me.”

Murphy, a Caucasian American who was born and raised in Florida, is not an immigrant. Whether he was using clunky language to try and create a rallying image against Trump, or if he was trying to provide a bit of a diversity flavor to his white bread campaign against Cuban Rubio is unclear.

Murphy should take Grayson’s advice and leave making comments about being an immigrant to the actual immigrants. A white Florida boy can’t really understand that struggle, and rather than pretending he does, he should close his mouth and open his ears.