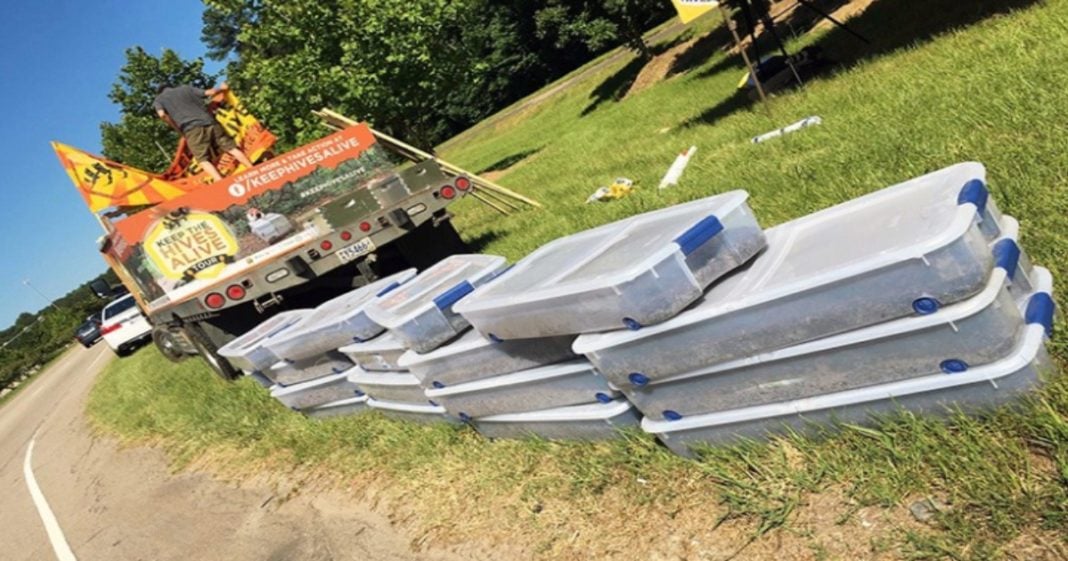 In a dramatic display, activists taking part in the Keep the Hives Alive Tour made a stop outside of the EPA’s headquarters in Washington D.C. to drop off 2.6 million dead bees as well as a petition with over 4-million signatures asking for a ban of bee-killing pesticides.

The group of activists are responding to the shocking number of bee deaths in recent years. Though scientists have had difficulty pinning down what is causing nationwide colony die-outs, environmental groups believe that certain pesticides are the culprit.

The Keep the Hives Alive Tour traveled through several states before making their final stop at the EPA headquarters, attempting to spread awareness about the possible link between neonicotinoids or neonics, a widely-used class of pesticides, and Colony Collapse Disorder.

If bee colonies continue to decline or even disappear, the world-wide consequences are more than dire. The majority of agriculture all over the globe rely on the abilities of bees to pollinate plants and without creating an artificial source, there is no hope of feeding the planet in the future.

You can read more about the activist’s beliefs concerning these pesticides at True Activist.

Whether or not these pesticides prove to be the true culprit in Colony Collapse Disorder or not, serious action needs to be taken. We cannot continue to ignore the massive deaths occurring in pollinators or the next thing that could be dying is the human race.