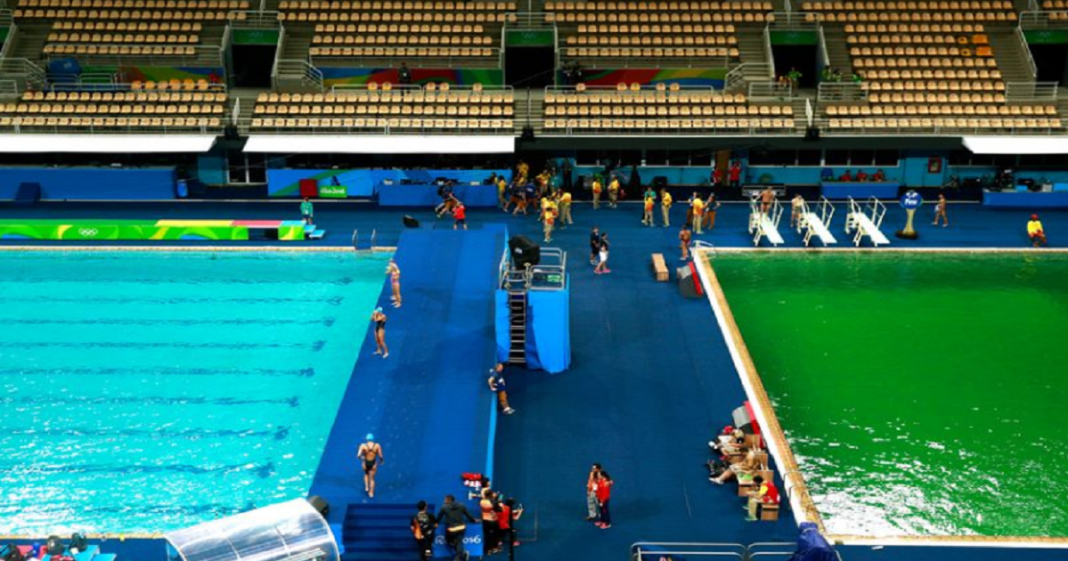 Amid the multitude of reports of human rights violations, pollution, corruption, and disease, the Rio Olympics seemed to be going about as well as could be expected until a shocking natural oddity rocked the event: the large, Olympic pool set to house athlete elites Michael Phelps and others turned a shocking shade of green.

Seemingly overnight, one of the pools turned a sickly shade of green while the other remained sparkling, chlorinated blue. What could have caused this icky turn of events?

For hours, officials struggled to explain the sudden change in color, and news outlets hypothesized about what could have happened. While there were many reports that water outdoors was polluted and dangerous, the carefully controlled “dead waters” of the indoor pools should have been easy to control.

Officials immediately tested the water and deemed it safe for use by the athletes, but it was another several hours before they discovered the true culprit: algae.

Yes, the normal, run-of-the-mill green ick had taken over one pool for one reason or another. Maybe not as fun as a deadly toxin or life-sucking sludge, but the mystery has been solved with minimal damage done.

We can only hope that this will be the worst thing to happen for the remainder of the worldwide event.