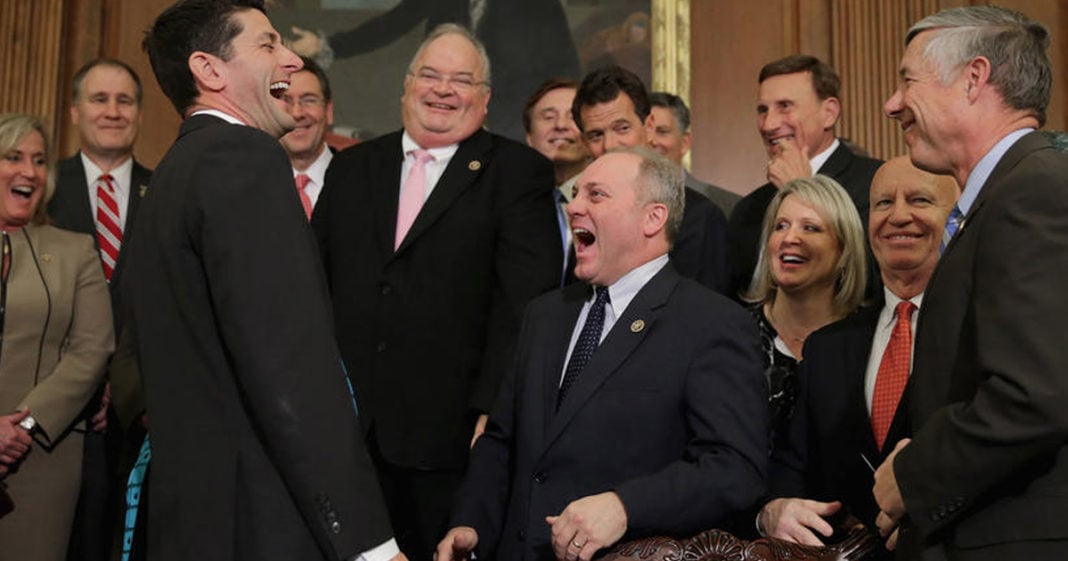 For months now, folks both inside the Republican party and outside of it have rubbed their chins and wondered ‘how could things have gotten so bad in the party of Lincoln?’; the fact is, the Repugs have done this to themselves in a long and slow devolution that has only reached its final form in a Trump candidacy.

With each passing day, more and more disgusting behavior is displayed by those who subscribe to Republican ideology. While the party would love to blame all of their recent troubles on Trump, the fact is that he’s got a series of entrenched actors in the party who are saying and doing things that are just as bad as the nominee.

While Trump attacked Khizr Khan for criticizing him, Sean Hannity devoted an entire episode of prime-time TV to investigating whether or not Khan was a member of the Muslim Brotherhood.

When Fox News wanted to bring on a new guest, they found an eager volunteer in Men’s rights activist and resident weirdo Mike Cernovich, who was so offensive that the show had to apologize afterwards – and yet, they found the guy in the first place because they all come from the same regressive cesspool as Trump.

Even the so-called “good guys” of the party like Mike Pence, Trump’s mild-mannered running-mate indulged in a bit of Clinton smearing over the weekend, spreading a rumor that an Iranian scientist who was executed was a victim of Clinton’s leaked private emails. All this was said despite the fact that there was absolutely no evidence to confirm it. But in Trump’s party, you don’t need no stinkin’ evidence!

Yes, whether they want to admit it or not, the Republican party is unable to distance itself from Donald Trump because he is the Republican party. He is part and parcel every element of their platform they were never able to fully verbalize. We can only hope that the Frankenstein’s monster they created will turn on them and tear the whole lab to the ground.